Is Your Child Marvelous At Manifesting? 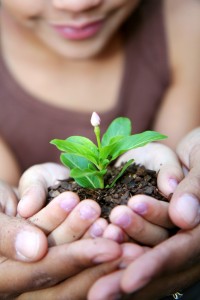 When I look at today’s children I see amazing beings. They are powerful, they are compassionate, they are forgiving, they are intelligent and many of them run at really high vibrations.

Of the many gifts today’s children have, the ability to manifest what they want is a gift that is in some cases is almost magical.

One of my favorite stories to tell is about Caidin when he was two or three. We got up early one morning, and my husband Chuck was still sleeping. We lived in a very small 700 square foot apartment in Brooklyn, which made it difficult to let Chuck sleep if we stayed in. It was a nice day so I decided to take Caidin to the playground. Early weekend mornings were always one of my favorite times of day in Brooklyn. The streets were relatively empty of both people and traffic. We headed to one of Caidin’s favorite playgrounds, the one that we called ‘The Yellow Playground’, and Caidin played for about 20  minutes before he ran to me to tell me that he was hungry.

When I asked him what he’d like to eat he said ‘chicken nuggets’. I said to him ‘honey, it’s eight in the morning. I don’t think we are going to find chicken nuggets, but we can go look.’ My plan was to take the long way home, stop at the bakery on the corner that had a buffet of assorted foods during the day (just to demonstrate an effort of looking )and then take him home to get him something else to eat.

We headed down the block and made our way to the bakery. All the way, I was preparing Caidin to make another choice. We reached the bakery, walked in the door and I looked to left where the buffet was set up and on the long 12 foot expanse of crushed ice, the only plate set out was a plate of chicken nuggets. It was as if they new Caidin was coming and set those nuggets out just for him.

He got the biggest smile on his face and said to me ‘see mommy, I told you there would be chicken nuggets.’ I gave him a hug and said ‘great manifesting, little man!’ He smiled even more.

This is just one of the many amazing manifesting moments I’ve witnessed with Caidin. At Christmas he manages to get everything he wants through a collection of people and I swear he’s stopped it from raining, and also made it snow.

I have long since identified the amazing qualities of today’s children. When I do readings I can see how clear they are, how high their energetic vibrations are, how Spiritually connected they are and the purposes with which they join us on this planet – as healers, as change agents and as teachers.

I know when I was little I could manifest things. I still can. But my ability is cluttered with programming and a critical voice that rambles on about worthiness. I have to unlearn in order to truly reclaim this powerful ability.

But for Caidin, his ability to create and manifest what he wants is clear and open, as is the ability of many of today’s children.

Your opportunity as a conscious parent isn’t to disavow them of this ability; it is to celebrate it and encourage it. It is to point out when they manifest and to congratulate them on their ability to call to them that which they want and desire.

Where our ability was beat out of us (literally or figuratively), let’s foster our children’s ability. Let’s celebrate it! Let’s encourage it. Let’s honor it.

Your child’s ability to manifest might bring up unexpected jealousy or resentment, rather than wallowing in it and trying to squash your child’s ability because of the unconscious pain it causes in you; use this as an opportunity to heal. Release those energies and then set about reopening your own marvelous manifesting. It’s there, buried beneath the ‘who do you think you are’ and the ‘what were you thinking’ of yesteryear. 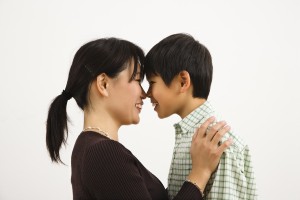