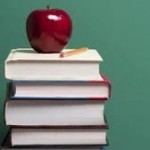 My children have returned to school; let the rejoicing begin. But I don’t know why they go to school. They know everything already, just like I did when I was their age. See, when I was a kid, I really thought my father was something. I looked up to him as if he was a superhero who could leap tall buildings with a single bound, could bend steel bars with his bare hands, and defeat all of his arch enemies.

With hands the size of pot roasts and the strength of an ox, I was amazed at how he could lift me above his head, how fast he could run, and how there was nothing he could not do. “My daddy can beat up your daddy,” was a routine phrase on my lips. And smart? Lord, yes, he was smart. He was a master problem-solver. He understood how things worked. He could do pre-algebra in his head and long division without picking up a pencil. He could read the hardest words. He might as well been a king.

But as I got older, as a teenager, I discovered my father was growing remarkably stupid. In just a couple of year’s time, somehow, he became a backward, bumbling simpleton with not a clue to how the world really worked. He offered inane advice on everything from money and education to automobiles and the opposite sex. He set ridiculous boundaries in regard to time, work, school, and my friends. A few times he even dared to critique or forbid my well-made decisions. What an idiot.

Then, in my twenties, my father must have returned to school or started taking smart pills. His counsel improved dramatically – almost overnight. His words were far sounder than I could ever remember. It was obvious an old dog could learn new tricks. I was so proud of him. And now, with growing children of my own, my father practically has a PhD. No, he’s not as big and strong as he once was, but he is absolutely brilliant, even smarter than before. His intellectual turnaround has been miraculous.

But what bothers me is the fact that I am my father’s son. See, I get more like him every day: The cadence of my voice, my mannerisms, the gray in my beard, my dietary habits, my elevated cholesterol. So I fear I too will have a mid-life plunge into idiocy. I don’t have a “chair” at home, but today my children look upon me with something akin to worship, as I looked upon my father. Tomorrow they will despise my advice, my words, and the limitations I place upon them because my IQ will have shrunk down to nothing as their own rises to near Einstein levels.

I know it is coming. I can feel it. Sometimes, just by the way my children look at me, or how they question my judgment, or when they angrily resist me, I can tell I’m getting dumber. I don’t understand. I don’t “get it.” I’m in the way of them having a good time. It is all sure to get worse before it gets better. But hopefully, after a decade or so on the dark side, my mental capacities will improve as my own father’s did. Maybe then I won’t be such a bonehead, and my children will find me worth listening to again.

It’s really too bad that we fathers take these short trips into stupidity when our children are at such vulnerable junctions in their lives. They sure could use a little help.