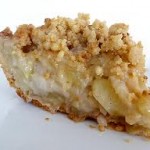 When my wife’s boss first moved to our small town it was more than a little culture shock. Raised on the slick windy streets ofChicago, he had mastered the ways of the urban jungle, but this experience had done little to prepare him for the Deep South. He had never eaten grits. He did not know what chicken and dumplings were. He had not the foggiest idea about pork rinds. He had never attended Cotillion classes as a child, been to a church homecoming, or attended the Sequoya Ball (our town’s largest and most elegant annual charity soiree).

This was all very foreign to him. As was the Southern hospitality dripping from the mouths and handshakes of his new neighbors. One evening shortly after moving, he and his wife were unpacking their boxes and beginning to settle into their new, alien surroundings. There was a knock at the door. Out on the stoop was the first of several neighbors he would meet in the days ahead.

She was the typical, sweet, small-town Southern lady, apple pie in hand. She gave the usual “welcome to our town” speech, drawling over every word, and finally ended with an invitation for them to join her in worship at First Baptist Church the next Sunday. Well, you can imagine this dear lady’s disbelief when she was immediately informed of my wife’s boss’ atheism. “No ma’am, I do not believe in God and will not be attending church with you. Not next week. Not ever.”

This poor woman looked at him, dumbstruck. To relieve the tension she turned to his wife: “What about you, dear? Would you join me for church next week?” Again, the answer was shattering. “No, I am afraid not. See, I am Jewish.” The charming saint from the First Baptist Church turned and left, taking her apple pie with her. She never tried to engage them again; no invitation to the neighborhood barbecue, no friendly exchange of garden tools, no further invitations to church on Sunday, and certainly no more apple pies.

It used to be that everyone we met was a bit like “us.” Not anymore. From religion and race, to politics and lifestyle, the diversity that now surrounds us is far greater than anything we could have imagined a generation ago. So, in shock, we exercise kindness toward those who are like us, and we keep our apple pies away from those we find different than we ourselves. We retreat into the sanctuary of our own homes or churches, keeping the unfamiliar at a distance. This is hardly “hospitality,” Southern or otherwise. In fact, it is hostility.

Jesus asked in the Sermon on the Mount, “If you love only those who love you, what have you gained?” I don’t know what is gained, but I know what is lost: Community itself. Researchers now say that our polarization and cocooning can do more than make sparks fly during a political debate. When people fail to get to know others outside their religious and social circles, everyone grows precariously distrustful. Everything from public health and government effectiveness, to economic strength and crime rates suffer as a result of our failure to simply connect with those who share the space around us.

So share an apple pie (or a conversation or a cup of coffee). There just might be something to sharing these with our neighbors that will be good for the whole world.