Doubt Enough for Me 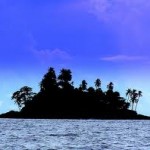 If that is you – a doubter – then come pull up a chair and sit with us. After all, some of us who believe don’t always hold to the party line. Yes, most days we are as trusting and unquestioning as a child. We see and we believe. Case closed.

But on other days, we are as cynical, jaded, and suspicious as a room full of Doubting Thomases. Case in point: A few days ago my phone rang with bad news. It was a call telling me that an old friend was sick.

This friend and I went to school together, and while in high school we both went to work for a new company that had moved to town: Wal-Mart. That was twenty years ago and my friend is still there, manager over the Lawn and Garden department.

We have cycled together, hiked all over theSmokeyMountainstogether, and in the last year he has been winning 5K and 10K races in his age division. He went to the doctor with hip pain, he thought from all the running and cycling. Instead, he has bone cancer.

It’s not right, no matter which way you cut it. If there is a person in this world who has never wished anyone harm, it is him – now this. It makes me wag my finger at God and wonder what in heaven or hell is going on.

In those moments when we believe, faith itself is its own comfort. But when we are struck with skepticism and our hearts are filled with questions and rages against heaven, our view of things gets more than a little cloudy.

Doubt is a sort of no-mans-land, a terrible back and forth of serving two masters. We want to believe, in spite of it all, but can’t always get there. And when we do believe, there is a nagging splinter in our brain that keeps us just uncertain enough not to move on. Torn between the two, it’s enough to make you lose your mind.

But here is the gift that doubt gives, that blind belief cannot offer: Doubt is the delivery room for something new and wonderful to be born into your life. Doubt is actually an indispensible element that makes faith grow.

I read about a lone survivor of a shipwreck who washed up on a small, desert island. He prayed and prayed for God to have mercy and rescue him. Every day he scanned the horizon for help, but none came.

Exhausted, he eventually began to make a life on the island. He built a little hut out of driftwood and palm branches to protect himself from the elements and to store his few possessions. But then one day, after scavenging for food, he arrived home to find his little hut in flames, the smoke rolling up to the sky.

As if shipwreck and loneliness were not enough, now his only home and few belongings were gone. He was stunned with anger, hurt, and doubt: “God, how could you do this to me?” he cried.

Early the next day, however, he was awakened by the sound of a ship that was approaching the island. It had come to rescue him. Tears of joy streamed down the man’s face: “How did you know I was here?” he asked his rescuers. “We saw your smoke signal asking for help,” they replied.

Doubt, rather than driving God away, may in fact, bring him to us. When we feel as if all the faith we can muster is burning to the ground, it just might be the necessary signal for God to somehow, someway, appear to us, in a way we never dreamed possible.

Does Anybody Really Know What Time It Is?
archives most recent
More from Beliefnet and our partners
previous posts