Does Anybody Really Know What Time It Is?

At some time in the ancient past our ancestors began to watch the sun make its journey though the midday sky. It didn’t take long to figure out the days and nights, but somewhere in our DNA was the need for more precision. Human beings began to measure time.

It began with sundials. Not much more than a flat circle and a triangle, these used the sun’s casting shadow to give at least some sense of what time it was. Not minutes or seconds, but time nonetheless.

Later, our forbearers invented the first timepieces: Water clocks. These were huge, cumbersome machines which used the rising tides of the ocean to tell time. Then, in the Middle Ages,Europeproduced the first mechanical clock and the technological leap was made for the future.

Today we have more clocks than we can shake a stick at. Pendulums and clock towers, alarms, cooking timers, self-winding models, quartz watches, atomic timepieces, clocks on our phones, computers, in our cars, and projected onto the ceiling above where we sleep.

There is hardly a place we can look, and certainly not a single room in my house, where there is not an instrument spinning, blinking, flashing, or announcing what time it is. Ancient man would be proud to see how far the sundial has progressed.

So accustomed to this chorus and collection of clocks, we are, that we don’t think too much about how they work. When we look at a clock face or digital display, we don’t think about gears, springs, quartz power, or the science behind measuring minutes and seconds.

We just want to know what time it is. We just want the clock to work. In fact, the only time we think about how our clocks work is when they stop working.

At some time in the ancient past our ancestors began to wonder about God as they journeyed through life. It didn’t take long to figure out that God was out there, but somewhere in our DNA was the need for more precision. Human beings began to commune with the Almighty.

It began humble and simple enough, not much more than a sundial, but now we have our holy books, our religions, our denominations, and countless variations of these. Well maybe not quite countless.

There are nearly 300 major religious groups in the world today, and we Christians, well, there are more than 30,000 distinct variations of us. The numbers and varieties of clock styles don’t even come close.

Obviously, we are trying to build a better timepiece, a more accurate way to relate to and understand God. Every time there is a new insight, a new religious experience, a different emphasis of some kind, a new group is formed.

I’m okay with all this. People should be given space and freedom to pursue God so long as they let others do the same. So I don’t spend a great deal of energy investigating all the inner workings of every new religious movement out there. Who has that kind of time? My questions are much more modest. I simply treat theology and faith like a clock.

Don’t tell me about the gears and the geometry of it all. Rather, does it work? Will it “keep time?” Will it tell me what time it is? That’s enough for me.

Gallons of ink have been poured out and billions of books have been published explaining God. With intricate detailing and pinpoint precision, God has been accounted for, diagramed, clarified, and controlled. The experts have opened up the God-case to show what his gears and cogs look like.

That’s fine if you are in the academy or if you have time and energy for all the details. Most of us could care less. We just want it all to “work” and only think about the guts of it all when it quits working.

The Apostle James, one not always loved by theologians, put it like this: “Pure and genuine religion in the sight of God means caring for orphans and widows in their distress…Faith (knowing how things are put together) by itself isn’t enough. Unless it produces good deeds, it is dead and useless.”

All theology must be practical theology, for if what we believe isn’t practical – if it doesn’t help others – then it is not worthy of belief or practice. 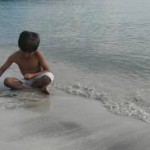