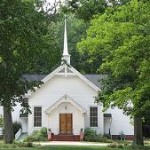 Not long ago I returned to my hometown to speak at a former congregation’s “homecoming Sunday.” Homecoming is a combination of gospel music, sweet reunions, blissful nostalgia, and of course the famed “dinner on the grounds.” My family and I were welcomed back with loving arms, but I don’t think anyone listened to my sermon. They were too busy readying themselves to feast from the tables primed by the little blue-haired-church-ladies who had spent most of their weekend cooking.

Country vegetables, fried chicken, desserts containing two months’ worth of your saturated fat in-take: All this was waiting to be devoured, as soon as the preacher would shut up and sit down. So instead of facing an angry mob, I stood up, spoke up, and quickly shut up.

Jesus went home once. He showed up at his childhood house of worship. The leader of the synagogue opened the floor and Jesus delivered a powerful sermon. The listeners soon learn that this was not the Jesus who used to sit in Sabbath class. This was not the Jesus who did well in math and science. This was not the Jesus who accompanying his father would help repair a broken gate or a hole in the roof. This Jesus was, surprisingly, something more. As he preaches his sermon, excitement ripples through the crowd. The people are astounded at his ability, his wisdom, and his power. But just as the messianic excitement rises, it all turns sour. Maybe they weren’t really listening.

“Is not this the carpenter, the son of Mary,” the Bible says. “And they took offense at Him.” There is sarcasm in their question. They remind each other that this was the carpenter, though not so much a skilled worker or contractor. Rather, they seem to imply that he was a “handyman” – an unskilled, jack-of-all-trades, just a step above the village idiot. But they don’t stop there. They mumble beneath their breath, “This is Mary’s son.” This is a not so subtle jab. In those ancient days a child was not known by his mother, only his father. The locals are resurrecting the scandal surrounding the conception and birth of Jesus. The good town folks of Nazareth are recalling that Jesus is an illegitimate. This Jesus isn’t a prophet or the Messiah. Of course not! This is Jesus the fix-it man; Jesus the bastard.

Some seventy years ago New Yorker magazine told the story of a gardener on Long Island who saved his pennies until he could afford an extremely sensitive barometer. He took the instrument home and was disappointed to discover that the needle was stuck pointing at the word, “hurricane.” He tapped the glass and shook it a few times, but he could not fix it. He wrote a scathing letter to the company, and the next morning returned to Manhattan with his barometer and letter. The store refunded his money and as gracious as possible, received his letter of complaint.

When the gentleman returned home that evening without his barometer, he came home to even less. His house was gone. His house had been blown away by the Long Island Express: The Great New England Hurricane of September 1938. Charlie Pierce, a junior forecaster for the US Weather Bureau, was the only one to make a hurricane prediction. But he was overruled by senior meteorologists. Regardless of what the weather models (or a barometer) said, a hurricane on Long Island was not possible. The evidence was ignored at great loss.

Did the citizens of Jesus’ hometown not do the same? All the evidence pointed to Jesus as the long expected prophet, yet their prejudices shoved Jesus into a box in which he did not belong. The chosen one of God? Here among them? It just couldn’t be. So they walked away, short-circuiting the power of God among them.

The only thing that prevents God from doing truly marvelous things in our lives is our own failure to allow him. Christ came unto his own, wanting to bring them so much, but he could not. And why? Because he lacked the power? Because he had somehow failed? Because the challenges of his hometown outmatched his spiritual muscle? No. He could not because they refused to believe.

Jesus seems to go where he is welcomed. And once welcomed home, home is never the same again. 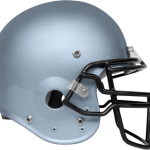