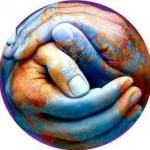 When my friend Scott was young, he began to experience a stirring deep in his heart that some Christians refer to as “a divine calling.” How could Scott ignore such a thing, conditioned as he had been to hear God’s quiet voice?

Scott, in the words of Feroll Sams, had been “Raised Right” in the Baptist tradition, which meant he “was not only Saved but had spent a large part of his formative years in the House of the Lord…and while Methodists probably could be Saved, there was a question whether any of them really had been Raised Right.”

Scott did not run away from this calling. He embraced it, and after college, marrying Karen (who also had been “Raised Right” and possessed this same “calling”), and a few years in seminary, this couple found themselves working for one of the largest missions organizations in the world.

Mexico, Central America, the Middle East, and the Persian Gulf: Scotty and Karen traversed the globe for nearly twenty years in faithful service, raising their children, aiding indigenous people groups, and living out the love and witness of Christ. It all came to a grinding halt, however, when the mission organization for which they worked deemed their medical mission financially unsustainable, but completely for reasons other than shrinking dollars and cents.

Simply, not enough people were becoming Christians. Conversions. Baptisms. Increasing numbers of those who have “prayed the sinner’s prayer.” Public professions of faith. Churches being planted and cross-topped buildings being constructed. These were the outcomes that were required by the mission executives. When these outcomes were not forthcoming, the organization refused to keep pouring dollars into such an “unreceptive region.”

Scott and Karen pleaded with the mission’s executives to reconsider this decision. Their medical facility was serving an entire region of needy people, treating tens of thousands of patients a year. A part of the world that had been antagonistic was finding it increasingly difficult to hate those who were loving, medicating, and saving their children and elders.

A mission executive responded to the pleas of Scott, Karen, and the medical staff with these words: “We have no obligation to the bodies of those whose souls are going to hell.” The facility was defunded, dollars were reallocated to more “productive areas,” and the missions’ staff, including Scott and Karen, was recalled to the States. To this day, their hearts are still broken.

Is this really the gospel, having “no obligation to the bodies of those whose souls are going to hell?” Is it “Good News” when we reduce the love of God to simple statistics or counting the numbers who pray a specific, mechanical prayer? Can we, with any integrity, disregard the crushing misery of people today, if those needs are not spiritual in nature, and say we are following the way of Jesus? The answer to all these questions is an emphatic “No.”

The “Good News,” as Jesus proclaimed it, is not an evacuation plan to rescue people from earth, or an insurance policy for the afterlife. Rather, it is a revolutionary strategy to redeem the sufferings of this world by putting the rule and reign of heaven inside people, something Jesus called the kingdom of God.

Thus, any sharing of the gospel that ignores the needs of this current world is a distortion of the gospel. Any profession of faith that focuses only on enjoying and living in a future heaven, rather than sacrificing for and serving people on today’s earth, is not Christian faith. And those who follow a Jesus who concerns himself only with the hereafter, and not bringing holistic change to the here-and-now, are not living out the transforming message of Jesus at all.

We have the chance, if we will take it, to become catalysts and conduits of the very real kingdom of God in today’s world, because the present – not the future – is where we follow Jesus. Today – not tomorrow – “is the day of salvation,” and the prayer “thy kingdom come” is more than words. It is our divine calling. 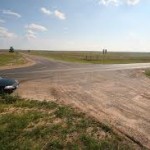 Decisions, Decisions: A Guide
archives most recent
More from Beliefnet and our partners
previous posts