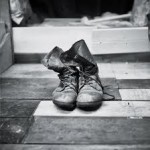 Jesus never described the gospel as an escape hatch, whereby we can exchange his current world for a spiritual retreat far away. Never. Rather, his gospel was: “God’s kingdom is here! It is now! Heaven has come to earth!” So when Jesus invited his first disciples to “Follow me,” he was inviting them to get in on the world-redeeming, evil-conquering, status-reversing, life-transforming movement of God that had invaded planet Earth.

Jesus was inviting his followers to live out (not just pray) the words, “Thy kingdom come, thy will be done, on earth as it is in heaven.” Christ invited us, not to abandon our world that needs restoration, but to become catalysts and conduits of the gracious movement of God in today’s world.

Lately I’ve been using an old Yiddish story from Peter Frost to illustrate this: There was a baker named Morris who had always lived in the same little village. He awoke one morning bored and disgusted with his life. He looked over at his sleeping wife and asked himself, “Why her?”

Rising from bed, he peeped into his children’s bedroom. “Why them?” he muttered and walked out of the house. Looking back at his old tumbledown house from the walkway he was overcome with gloom again. “Why that?” As Morris walked to the village his mood grew darker still: “I’ll never be able to fix up that old house. My wife never gives me a moment’s peace. My children are selfish and foolish. I barely make a living baking bread.”

Then Morris remembered something his rabbi said. “Someday we will all go to heaven,” the old man said, “and there everyone will be happy, content and no one will know trouble or pain again.”

“When will I get to go to heaven?” wondered Morris. Suddenly, he answered his own question: “Now! I will go now to find heaven!” So, instead of walking to the bakery, Morris started off in the opposite direction, the direction the old rabbi pointed whenever he talked about heaven. Off Morris went toward the horizon.

As night fell, Morris took off his boots and pointed them in the direction he was walking, so that when he awoke, he would know which direction to go. He then collapsed into a deep sleep. While Morris slept, an angel came along the same path. The angel stood over the sleeping baker, listening to him snore.

Then the angel noticed Morris’ boots pointing toward heaven and gave a quiet chuckle. He realized Morris’ intentions, and acting mischievously, turned Morris’ boots back toward home and then faded into the night. Morris awoke with the morning sun, put on his boots and started off in the direction they were pointing.

As Morris walked, he noticed that the path looked oddly familiar, especially when he came to an old wooden gate that seemed to be an entrance to heaven. He was surprised it wasn’t made of gold or expensive wood. Still, he lifted the latch and went into the yard. This heavenly yard looked so much like his yard back home. The door to the heavenly house also looked familiar.

He entered the house and sat down at the table, the smells of heavenly food making his mouth water and his stomach rumble. A woman, so very like his wife, served him a large steaming bowl of soup and a fat roll. He ate everything put before him.

Meanwhile, two young children danced into the kitchen and smiled up at him. These children in heaven were so nice, quiet and friendly that Morris had to sigh with happiness. “Yes,” he thought, “it is exactly as the rabbi said. I have found heaven, and it is simply wonderful.”

This old Yiddish tale is more than a quaint story. It is the truth of the gospel. For when we ask the question, “How far is heaven?” we never have to look beyond the world in which we live. Jesus, with a clever smile on his face, has pointed our boots back to the place we know best. 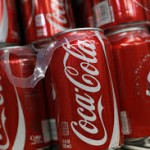