I am speaking this weekend at the Clarence Jordan Symposium at Georgia Southwestern University. It is a celebration and reflection of the life and words of Clarence Jordan who would have turned 100 years old this year. To commemorate this event, and the man who has been more of an influence on me than any other single theologian, I am posting a three part blog on Clarence Jordan. Enjoy, and I hope you come to love this man as I have. – RM

More than regularly I meet people who laugh at my use of Southern colloquialisms. These are sayings I have heard my entire life, and while I cannot share all of the colorful expressions of my childhood, here are few:

“Even a blind hog finds an acorn every now and then.”

“You’re getting too big for your own britches.”

“That’s better than snuff and not half as dusty.”

“Just because a cat has her kittens in the oven, don’t make ‘em biscuits.”

“That girl is so buck-toothed she could eat an apple through a picket fence.”

“It’s raining like a cow peeing on a flat rock.”

“There’s nothing between here and the North Pole but a barbed-wire fence.”

“He was smiling like a mule eating in the briar patch.”

“She’s so ugly she would knock the buzzards off a meat wagon.”

“When I get through with you, the seat of your britches won’t hold shucks.”

“Our preacher is as full of hot air as a corn-eating cow.”

Now, try on a few of these southern sayings from the New Testament:

“This guy John was dressed in blue jeans and a leather jacket, living on cornbread and collard greens. Folks were coming to him from Atlanta and all over north Georgia…As they owned up to their crooked ways, he dipped them in the Chattahoochee River.” (Matthew 3)

“Jesus began to make clear to his students that he had to go to Atlanta and to go through terrible things at the hands of the leading church people – to be killed and three days later to be raised. But Rock collared him and began to take him to task. “Not on your life…I’ll be dad blamed if this will ever happen to you.” Jesus whirled and said, “Get away from here you devil; you are gumming up the works for me.” (Matthew 13)

“Jesus went into the First Church of Atlanta, pitched out the whole finance committee, tore up the investment and endowment records, and scrapped the long-range expansion plans. ‘My house shall be known for its commitment to God,’ he shouted, ‘but you have turned it into a religious racket.” (Matthew 21)

“So they left the vault, and filled with both fear and great excitement, they ran like mad to tell his students. And what do you know, Jesus met them. And he said, “Howdy! Y’all quit being so scared and run along now…into Alabama, and [you’ll] see me there.” (Matthew 28)

“Saul was harassing and threatening to kill the followers of the Lord. He got some papers for the Chattanooga City Council, asking them for permission to arrest and return to Atlanta any men and women he might find who were taking Christianity seriously. When he stopped for gas just outside Chattanooga, all of a sudden a flash from the sky surrounded him. He fell to the pavement, and heard a voice asking, “Saul! Why are you so mean to me?” (Acts 9)

The above words, translated from the Greek New Testament into the rough and tumble dialect of South Georgia is the work of Clarence Jordan and his Cotton Patch Gospel. There is no one who has had more influence on my own religious views than this man. And not just because he was from Georgia, considered himself an ex-Baptist, and talked with the same southern accent as my own. I am challenge by the courage of his life and wish I was half the man he was. I wish I could read the words of Jesus and take them with a fraction of the seriousness in which he took them. Allow me to introduce you to this fantastic, slow-talking, PhD-carrying, peanut farmer-prophet from South Georgia.

With a Bachelor’s Degree in Agricultural Science, Clarence Jordan attended and graduated from the Southern Baptist Theological Seminary, with his PhD in Greek, when he was only twenty-six years old. At seminary he met the woman who would become his wife, Florence. He said to her, “If you want to be the wife of a pastor of the First Baptist Church, you don’t want to marry me. I’m going back to Georgia and farm and do something for the poor.”

Florence married him anyway, and in 1942 Clarence and Florence Jordan bought 440 acres outside of Americus, Georgia and established Koinonia Farms. Koinonia is the Greek word for community or fellowship. The Jordans set out to create just that: a farming community where men and women, blacks and whites, rich and poor would live together following three simple principles:

1) All humanity are related under the parenthood of God;

2) Love is the alternative to violence; and

3) Those who lived at Koinonia would share their possessions in a common purse.

Clarence describes his intentions best. It was his dream, and what a dreamer he was, that Koinonia be a “demonstration plot for the kingdom of God.” It would be a place where followers of Jesus would take Jesus’ words seriously and actually practice them.

To learn more about Clarence and Koinonia Farms, see Briars in the Cotton Patch, directed by my friend Faith Fuller 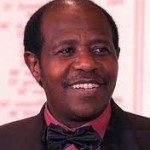 Don't Define Your Neighbor...Love Them
archives most recent
More from Beliefnet and our partners
previous posts