I saw this poster on the wall of the cancer clinic today: 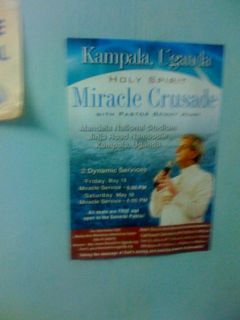 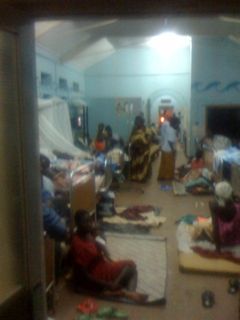 And yes, this IS the same Benny Hinn who sent out a request for his followers to pay for his new Gulfstream jet.

Benny Hinn has already taken delivery on a new Gulfstream jet, and wants you to pay for it, because “it is the only we Pastor Benny can continue to go as God directs.” If you don’t pony up for Benny Hinn’s jet, “safety will plummet,” Pastor Benny will be plumb tuckered out, and most importantly, untold numbers of precious souls who might have been saved will go to hell. All because of you. But if you do help pay for Benny Hinn’s jet, he’ll put your name in the special prayer cabin he’s going to use as he races across the planet aboard, ahem, “Dove One,” fulfilling the Great Commission from “the highest prayer tower in the world … where he will intercede for you… .” And God will hear him better because he’ll be 40,000 feet closer to heaven. …Benny Hinn says in his appeal for the rest of the $6 million downpayment on the jet, “What we do for the sake of the Gospel, we must do now!”

My only thought is that if Mr. Hinn takes so much a single Ugandan schilling from the desperately poor and sick people longing, begging, for a miracle it will make him a spiritual predator, a spiritual terrorist.
And so my plea to Christian leaders like James Dobson, Richard Land, Tony Perkins, and to groups like the American Family Association who recently sent out this impassioned plea:

The TV Land network has a new feature starting this Saturday (Feb. 16) called “OHMIGOD, That’s so 80’s weekend.” The series features movies from the 1980’s. “OHMIGOD” is an irreverent exclamation for “Oh, my God!” 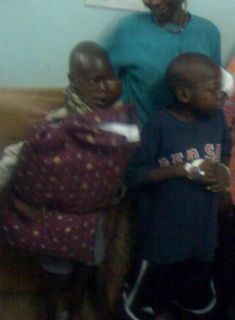 And Senator Grassley – you might want to ask Mr. Hinn about this should he deign to appear before your committee. 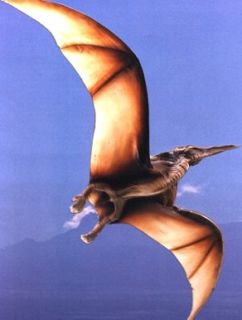