Two Theologians No Longer with Us — Yet Still Speaking to Us

Clark H. Pinnock’s life journey is over. The influential and often controversial evangelical theologian died unexpectedly August 15 of a heart attack. He was 73. In March, the long-time professor of systematic theology at McMaster Divinity College in Hamilton, Ontario, had announced he was withdrawing from public life and revealed that he was battling Alzheimer’s disease.
It was a difficult admission for a man whose mercurial mind and openness to the Holy Spirit led him to stake out theological positions that challenged evangelical orthodoxies. Renowned for exploring the frontiers of biblical truth, he was reputed to study carefully, think precisely, argue forcefully, and shift his positions willingly if he discovered a more fruitful pathway of understanding. He said he preferred to be known, “not as one who has the courage of his convictions, but one who has the courage to question them and to change old opinions which need changing.”

Donald G. Bloesch, a prominent evangelical scholar in the United Church of Christ (UCC) and an advisory editor at Christianity Today, died on Tuesday in Dubuque, Iowa.

Bloesch, who was professor emeritus at the University of Dubuque Theological Seminary, was well known as a voice of renewal in the United Church of Christ.

“He gave us not only an understanding of the deep perversity in the mainline church, but theological skills to be effective witnesses in a difficult time,” said David Runnion-Bareford, executive director of the Biblical Witness Fellowship, a spiritual renewal group within the UCC. “It is ironic that this evangelical was the most widely read and respected UCC theologian of his generation.” 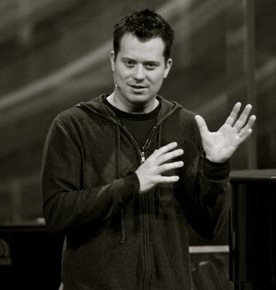