Signature in the Cell 9 – ID, Mark Noll, and Worldviews (RJS)

I was traveling last week and unable to do justice to a wrap up on Signature in the Cell: DNA and the Evidence for Intelligent Design – but having considered some of the discussion, digested and pondered the content, I would like to put up one final summary post. I welcome comment and clarification both pro and con. 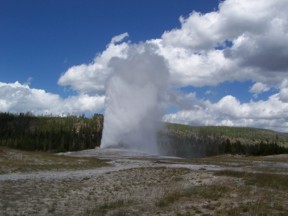 Intelligent Design is the hypothesis that intelligence was involved in designing creation, particularly the creation of life, and that the effects of this design are accessible to empirical investigation and reason. Now one has to ask how this design is observed empirically.  The recent argument for intelligent design appears to have four prongs. Three of these are intertwined somewhat and feed back into each other in Meyer’s book –  but it is useful to look at them separately. The fourth is found in Behe’s work. Perhaps there are more?

A. First is Meyer’s core argument, inference to best explanation.

3. Therefore inference to best explanation leads to the conclusion that life is intelligently designed.

B. Second is Dembski’s argument based on the information content of the DNA. The DNA contains complex information that targets external functionality – specified information. This is an attempt to demonstrate that undirected physical and chemical processes are not capable of producing the specified information systems of the cell. The intent is to argue for a law similar to the fundamental laws of thermodynamics. Thermodynamics is grounded in statistical and probabilistic arguments – so to information propagation and growth.

C. Third is analogy to human designed experiments and systems. This plays a corollary role in both Meyer’s argument based on inference to best explanation and Dembski’s argument based on specified information. It is the piece that seems to resonate most in popular understanding.

1. DNA is analogous to texts and combinations. As we see design in a cuniform text – so to we should see design in the DNA in the cell.

2. Logical structures for information storage and processing point to design. The functional structure of a cell is analogous to human designed computer programs and algorithms.

3. Intelligent design of experiments to explore natural processes both in the lab and in the computer suggests that intelligence is an indispensable part of the process.

D. Fourth is Michael Behe’s hypothesis of irreducible complexity – there are
biological structures and systems that cannot be built up from
intermediate pieces having value in and of themselves. This is not
discussed explicitly in Meyer’s book, but is part of the overall picture.

Are these arguments convincing? How firm a foundation do they build? Is this foundation important?

First it is useful to consider how these arguments fare.

A. Meyer’s inference to best explanation is founded on an absence of evidence for a mechanism for the origin of life, explicitly an absence of evidence for the origin of self-replicating evolvable molecules or cells. One can reach a tentative conclusion that design is the best explanation. But this conclusion must be held with an open hand. It is a classic gap argument. There is no guarantee that there will not be a reasonable mechanism proposed in 10 years, 50 years, or a century or two. There are promising directions for research into the origin of life and no sense yet of a dead end or insurmountable obstacles.

B. Dembski’s proposal is an attempt to build a scientific defense of the proposition that undirected chemical and physical processes cannot result in the complexity of life we observe, particularly the complex information system of the cell – storage, replication, transcription, translation, and function. These ideas have not been demonstrated in any conclusive fashion – and I don’t think that they will succeed for a variety of reasons, but it is a scientific approach to the idea of demonstrating design.

C. The arguments by analogy are poor across the board. While Meyer asserts that the arguments are strong because they rely on an identity rather than a similarity this is not demonstrated in any conclusive or convincing fashion. The analogies and illustrations presented in Meyer’s book give
the impression of much stronger arguments than actually exist. I tried to give a feeling for this in earlier posts – but we can discuss more here if there is disagreement.

D. The hypothesis of irreducible complexity is interesting – but is inherently a gap argument. The apparent examples of irreducible complexity may reflect a lack of understanding of mechanisms of evolution, ignorance of the functions served by building blocks along the path, and/or the removal of an underlying functional structure leaving the equivalent of a biological “natural arch”. Any conclusions here must be held with an open hand.

Empirical evidence for design is as yet provisional and open to refutation in the future. The only direction capable of positive demonstration (B) has shown no real progress.

Does this mean that there is no design, or that design is a poor hypothesis?

Here it is interesting to consider Mark Noll’s white paper from the BioLogos workshop (direct link). In his white paper Noll outlines 15 of the attitudes, assumptions and convictions considered the
most influential the science faith discussion and their historical context.  A few of these are particularly relevant to the discussion here. On p. 2 Noll sketches the thinking of Duns Scotus (1266-1308) and William of Ockham (1288-1348) which led to an idea at the root of much western thinking today:

Applied to science, this principle came to mean that if a natural event is explained adequately by a natural cause, there is no need to think about supernatural causes or even about the transcendent being of God. The combination of these philosophical positions is responsible for the very widely shared assumption that (1) once something is explained clearly and completely as a natural occurrence, there is no other realm of being that can allow it to be described in any other way.

For a very long time, this assumption was not regarded as anti-Christian, since God was considered the creator of nature and the laws of nature as well as also the active providential force that kept nature running as he had created it to run. (p. 2)

With the development of a scientific framework this root idea became troubling, led to Christian thought in the realm of natural theology – and to William Paley (1743-1805) among others. According to Noll:

The very important assumption behind the natural theology promoted by Paley was that (3) not only did God create and providentially order the natural world, but humans could figure out exactly how and why God ordered creation as he did. This assumption became critically important when later investigators of nature concluded that there was no obvious intention of God that explained what they discovered, and so belief in God was wrong-headed. Such views naturally antagonized those who did continue to believe in God and therefore insisted either that new discoveries did in fact reveal a providential design or that the new discoveries had to be false. (p. 3)

Both the intelligent design movement and the secularist movement incorporate these ideas and bring them into the 21st century:

Likewise, the Intelligent Design movement, with more sophistication, demonstrates an especially strong commitment to metaphysical univocity, harmonization, and natural theology (1, 2, 3), … Moreover, this modern situation is complicated by the fact that many of the critics of Creation Science and Intelligent Design, both believers and unbelievers, also share some of these attitudes, especially those derived from metaphysical univocity, harmonization, and natural theology. (p. 11)

This is, I think, the root of the observation by NT Wright that we need to remove the spectacles of worldview and examine them as we consider the issues under discussion at the interface of science and faith (see our earlier discussion here). Perhaps the problem isn’t with science or design, but with a commitment to a theological and philosophical misapprehension.

There is design, it is apparent in observation and experience, but it may or may not be empirically discernible distinct from “natural” processes – capable of unequivocal verification or disproof by experiment or logical argument. We have been misled by the development in western thought that forces a wedge between natural mechanism and work of God. Science from a Christian view merely seeks to understand creation and elucidate the history, mechanisms, and laws of God’s creation. This includes the laws of chemistry and physics, evolutionary biology, and research into the origin of life. The first 13 centuries of the Christian era have much to teach us – as we understand and interpret scripture and as we approach and seek to understand God.

The idea that science elucidates the history, mechanisms, and laws of God’s creation does not negate either the possibility or the reality of supernatural interaction of God with his creation – today, in the first century, or potentially in the origin of life – it simply means we come with an open mind and take what is set before us. We do not require a natural mechanism for Jesus to walk on water and the search for one is unnecessary. On the other hand a “natural” means (as in the all night wind of Exodus 14:21) may exist, but presence or absence is secondary to the act of God and the story.

As I see it the evidence suggests that evolution is God’s means of creation of the diversity of life, the evidence suggests no natural means for resurrection, and the origin of life is an open question. But we have no horse in the race, “natural” or not – God did it, intentionally, intelligently, and with design.

What do you think? Is the search for empirical evidence of design a necessary endeavor as we confront the secular naturalism of the 21st century? Or does it miss the point?

Is Death Final? 3
archives most recent
More from Beliefnet and our partners
previous posts