With the recent rocket attacks originating in Hamas-controlled-Gaza, one can legitimately ask, “How long before the international community gets the terror group in its sights, rather than Israel.”

On the heels of the 400 rockets, a UN committee cited Israel for nine—9—condemning resolutions. This is unconscionable. Anti-Semitism is on the rise globally, in some places at pre-World War 2 levels.

No matter what response Israel decides on, the Jewish state will be condemned. Now comes word that a handful of new voice in the U.S. Congress will advocate for Hamas. It is also quite telling to watch some who identify as evangelical Christian (Millennials) also condemn Israel, while remaining silence about attacks against Jews.

One wonders how long God will allow this to continue. 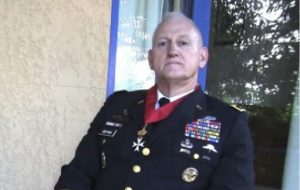 Proclaiming the Greatest Gift of All

One of the great New Testament declarations can be found in Matthew 24:14. And this gospel of the kingdom will be preached in the whole world as a testimony to all nations… Jesus was clear that some would be tasked with proclaiming the Good News (“The Gospel”) locally, and some globally. Think of your local […]