“…I entered the city officially at noon, 11 December, with a few of my staff, the commanders of the French and Italian detachments, the heads of the political missions, and the Military Attaches of France, Italy, and America… The procession was all afoot, and at Jaffa gate I was received by the guards representing England, Scotland, Ireland, Wales, Australia, New Zealand, India, France and Italy. The population received me well…”

He dismounted and walked regally through Jaffa Gate, on the western side of Jerusalem’s Old City.

One hundred years ago today.

With Europe ensnared in World War I, the strategic and geopolitical value of the Middle East was also up for grabs. Though Allenby was careful to respect Judaism, Christianity, and Islam, his army’s actions paved the way for the Jewish state to be established a generation later.

It is interesting to note that 50 years after British forces liberated Jerusalem, the Israel Defense Forces liberated the city from Jordanian rule. And this past week, after another half century, President Trump recognized Jerusalem as the capital of Israel. This is a momentous event, as it changes the equation between the Israelis and Palestinians. To now, the Oslo model has placed Israel on the defensive, as continuous Palestinian violence has been tolerated by Western diplomats and political leaders.

The truth is, no one knows exactly when the U.S. embassy will move from Tel Aviv to Jerusalem, and the legitimate question can be asked: Will it be moved?

What we do know is that the status of Jerusalem will become a monumental question for the nations. Even though this is a curious thought, read the Bible’s book of Zechariah, chapters 12-14.

It is clear the dusty British general a century ago set something in motion that will prove to be pivotal in human history. 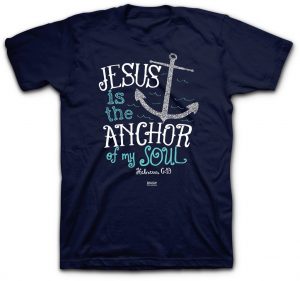