Television is still good for something, and recently I watched an offering from Netflix: “The Eichmann Show.” Based on a true story—the trial of the SS beast Adolf Eichmann, tasked with a key role in implementing the Nazis’ “final solution” to murder Europe’s Jews—the 2015 movie was exactly like the trial itself: you couldn’t stop watching.

Martin Freeman (British version of “The Office” and Bilbo Baggins in the Hobbit film trilogy) delivers a bravura performance as American television producer Milton Fruchtman. Anthony LaPaglia, as blacklisted film director Leo Hurwitz, is equally brilliant. Vaidotas Martinaitis, as Eichmann, is as chilling as one would expect from such a role.

The real Eichmann, a lieutenant colonel in the SS, was responsible for the deportation of Jews to extermination camps. He fled Germany at the end of World War 2, like many top-ranked Nazis, and found his way to Austria, and then South America. In Argentina in 1960, a famous Mossad operation ended his freedom and Eichmann was taken to Israel. His subsequent trial and 1962 execution by hanging brought the horrors of the Holocaust to global consciousness. Fruchtman’s hiring of Hurwitz to film the Eichmann trial forced viewers not to look away.

Behind bulletproof glass, Eichmann sat impassively day after day, with his lips slightly twisted. Hannah Arendt, who wrote Eichmann in Jerusalem, coined the famous phrase, “the banality of evil,” in describing Eichmann’s demeanor during the trial, which included footage of the camps.

A fascinating subplot of “The Eichmann Show” was the inability of Hurwitz to understand Eichmann. His near-obsession with turning the cameras on the SS beast led to clashes with Fruchtman. Hurwitz, as many people do, seemed not to understand that humans choose evil and practice it as the devil intended. Eichmann was a fiend, and it’s as simple as that.

A 1938 letter from Eichmann to a colleague reveals some of his loathing of Jews. In the letter, he is discussing issues related to his recent role in taking control of Jewish life in Austria:

Tomorrow I will again check on the offices of the Jewish Community and the Zionists. I do that at least once every week. They are completely in my hands here, they dare not take a step without checking with me first. That is the way it should be, because it gives better possibilities of control. We can save ourselves the creation of a fourth Jewish roof-organization similar to the Hilfsverein. I have instructed the Jewish Community to establish a central emigration office within the Community for all countries apart from Palestine. The preparatory work for this has already been set in motion. Just in quite basic lines the situation is now as follows: according to the Decree, Gauleiter Buerckel will deal with Aryanization, Jews in the economy, etc. The far more difficult business of getting the Jews to emigrate is the task of the SD. Now that the Jewish Community and the Jewish Association in Austria have been reorganized, their work is also aimed at emigration. I hope that with this I have put you in the picture again briefly….

Regards to all the comrades on II 112, your old Adolf.

The letter was sent to Herbert Hagen, Eichmann’s colleague in the Gestapo Department of Jewish Affairs.

That Eichmann was tried and convicted and sentenced in Jerusalem, by an Israeli court, is sublime and reveals, I think, God at work in the world. We often cannot understand how and why evil operates, but it seems hardly coincidental that a character like Eichmann would attempt to destroy whole communities of Jews, but end up being hanged in Israel! It is an echo from the Bible’s book of Esther, with Haman playing the Eichmann role, as it were.

In any event, director Paul Andrew Williams and his terrific cast make “The Eichmann Show” a must-see. They depict an important worldview: humans can be evil, and we are responsible for our actions. 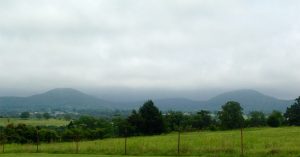