How Much Murder is Enough?

The explosion of violence in Jerusalem’s Old City is disheartening.

More Jews were murdered by Palestinians this week in Israel, and the Palestinian Authority continues to use that to incite violence. Israeli decisions to install metal detectors at the entry points to the Temple Mount (in direct response to Israeli police being murdered there by Palestinians) have—in our morally upside-down world—emboldened the Palestinians to complain about it!

This has led to renewed calls to “defend Al-Aksa [mosque] with our blood,” an absurd, murderous, and counter-productive mantra encouraged by the PA.

I was in Jerusalem last month and couldn’t visit the Temple Mount because the Palestinians were celebrating Ramadan. This anti-freedom-of-religion stance is unacceptable. It is also a core teaching of the Koran, but nobody wants to say that out loud.

One day soon PA President (for life) Mahmoud Abbas will stand before his Creator to answer for his complicity in murder. I hope that day is soon.

Many won’t like my view here, but they are also the same people who sit on their hands when Jews are murdered. Jewish and Israeli life is cheap across the globe.

I literally pray that stops as soon as possible.

I frankly wish the Palestinians had their own state somewhere outside the borders of present-day Israel and the “West Bank.” Get them out of there, and if you don’t like that, share with me a description of your moral model that sits idle while Jews are murdered.

If you don’t like my view, I don’t care. Further, shut your immoral mouth.

Many biblical prophecies of the last days indicate a world in which Israel is increasingly without friends and isolated. That day is coming into view.

I literally pray today that no more Jews will be murdered in the world. 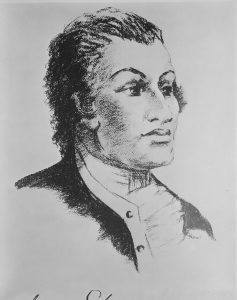