Americans and the global Jewish community have a long, rich, and warm history. This fact alone is unique in world history, as most civilizations have treated the Jews poorly, often with devastating consequences.

Ancient Near East powers did their best to rid the world of Israel.

Middle Ages pogroms, followed by the stain of Spain’s expulsion of the Jews were a seamless bridge to the Holocaust.

Yet, for a few historical moments during the American Revolution, the stage was set for a great power to arise that would welcome Jewish immigrants—almost all of whom have helped make this the greatest country in all of history.

Most know at least a bit of history from the Revolution: the rag-tag Colonial Army is about to be swamped by the powerful British. In those days especially, vulnerable governments needed some type of aid from a foreign power to at least be competitive. During the Civil War, the Confederates received some aid from European countries.

But in the earliest days of the American Experiment, Washington’s Colonial troops needed an infusion of arms, clothing and…cash.

Salomon risked it all. He joined the Sons of Liberty and was arrested twice and escaped execution. From his fundraising efforts and his own fortune, Salomon gave the Colonials $650,000—almost $17 million in today’s dollars.

At the pivotal (and final) battle at Yorktown, Washington’s army was completely out of money, but had the army of Cornwallis trapped and ripe for defeat. Incredibly, the Colonial Army had no credit options, so Washington sent one message: “Send for Haim Salomon.” The Polish immigrant provided the funds, and this helped open up the famed America Horizon.

I enjoy thinking that my visits to Mt. Vernon were made possible in part by this wonderful Jewish benefactor. In truth, his generosity and farsightedness have opened up countless opportunities for all of us who are privileged to live in the great United States of America.

Today, the Jewish people continue to be our great ally and warm friend. Salomon’s brethren in the state of Israel help us in ways most of us will never know—and we return the friendship.

On this 241st anniversary of the American Experiment, let us remember our great friend, Haym Salomon, and our eternal friends and Greatest Ally, the Jews. 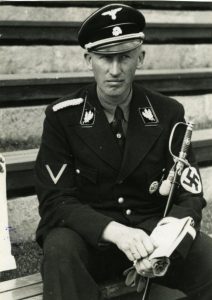