Don’t Be Afraid of Your Life: Meditation on the Tower (Tarot Card) 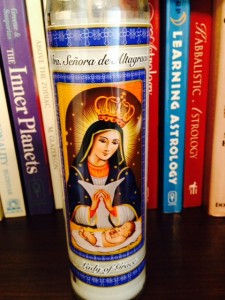 Sometimes I wonder how I got here. We get thrown by the wind.

I talked to a client yesterday who has been through so many crisis changes. One of her cards was the Tower but the Tower was the past. She’d been through it. She survived. Talking to me from the other side now.

It’s no secret that the Tower is my least favorite card in the deck. And yet I know people who LOVE the Tower! These are often folks with a strong Aquarian or Uranus flavor to their birth charts. They don’t see it as scary. Or maybe nothing bad ever happened to them 😉 Or perhaps they feel the pressure and are happy for the release and truth that the Tower brings.

All I know is… almost every time I have seen this card — for myself — crisis was on the way. Your mileage may vary.

So when I write “sometimes I wonder how I got here,” the real story is that I actually know. I got here by the Tower. I tend to stay in place, often fearful, until something falls apart or I am forced out of my old life.

But the thing is this, what I’m discovering, with the Tower AND with Uranus transits (astrologically speaking): the thing you think they mean isn’t always what they mean. The thing you think you are meant to discover isn’t always what you are meant to discover. Expect the unexpected says Uranus. And this can be unexpected good as well.

I wrote this on my Facebook the other day:

Uranus is called the Awakener or Liberator. But what we need to be awakened to or liberated from… if it doesn’t surprise you? Then you are missing something. It won’t be anything like what you expect. That’s Uranus. That’s the Tower. Coming at you with such force as to be frightening. But it’s just your life. Don’t be afraid of your life. The way it’s supposed to go, with its hairpin turns and such. It’s the face of God.

Do you feel thrown by the wind lately? You may be under a Uranus transit or pulling the Tower card, whether you pull cards or not. See, the energy is there, whether we seek it out or ignore it, or let it be.

-breakthrough
-sudden change
-shocking news
-upheaval
-life will never be the same again
-old thought forms falling
-the Divine is in charge
-destruction
-enlightenment
-realization
-life changes for the better but first comes the crisis, not a prolonged pain but can be quite painful for the duration
-release from imprisoning circumstances
-chaos (and it’s temporary)
-crashing
-here comes the truth, no turning back now

Dear Readers, how do you feel about the Tower?

*
P.S. Are you interested in receiving a personalized Tarot/Astrology reading? I have a new Special going on for folks who find me through Beliefnet, a discount on my usual rates. Click here to get in touch. Ask me about my new Astrology class! We started a couple days ago, but there is room for you. Email for details.