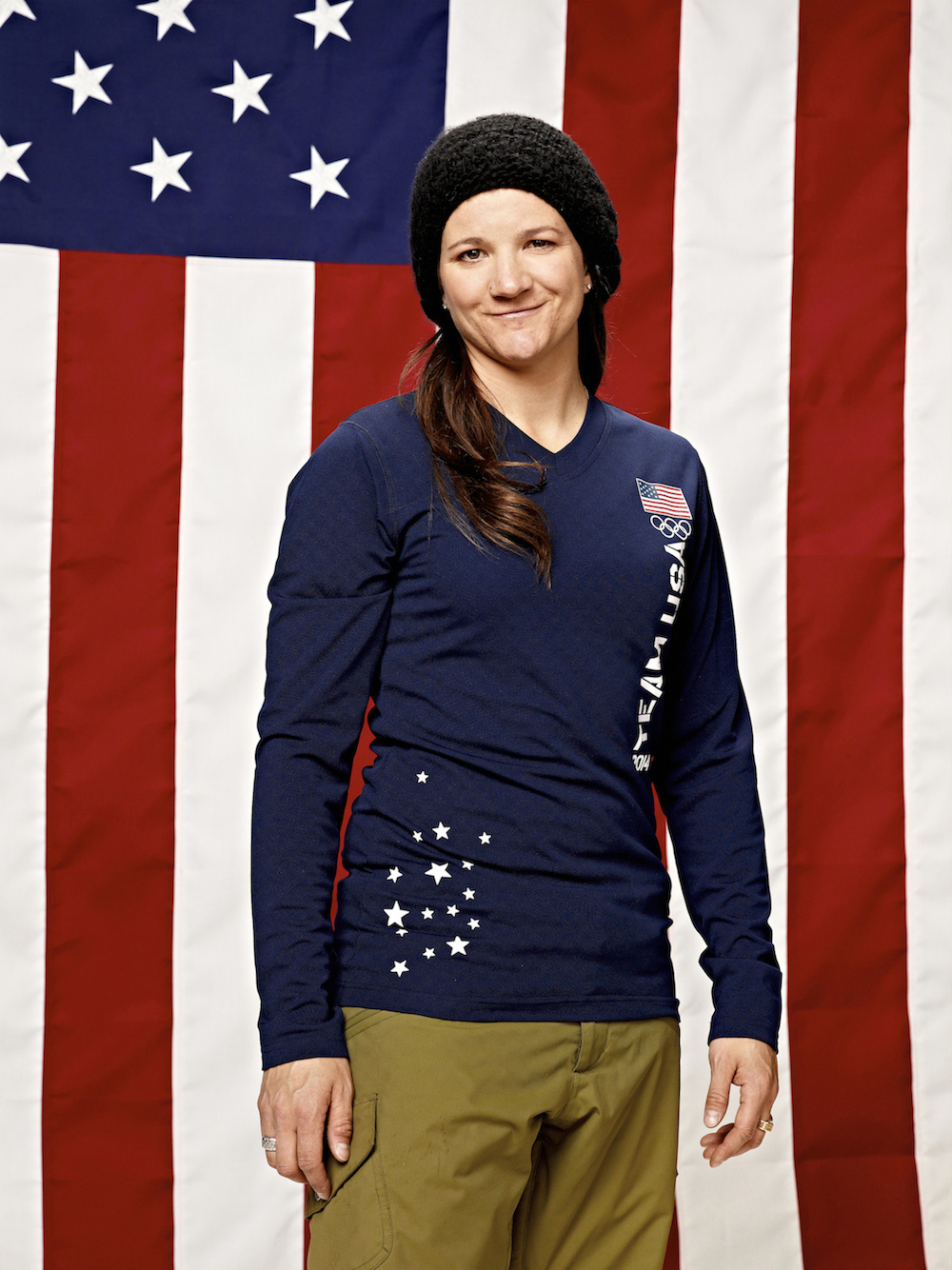 When an 18-year old Kelly Clark won the snowboarding gold medal at the 2002 Olympics Games in Salt Lake City, the action sports world was literally at her feet. And while the next few years brought unprecedented success, Clark struggled with insecurity, loneliness and depression. She was empty inside and didn’t know how to fill the void in her heart.

But everything changed 10 years ago when she prayed to accept Jesus as her Savior. Now, the four-time Olympian, three-time Olympic medalist and five-time Winter X Games gold medalist has found true purpose in life and greater freedom in the pipe.

In this Inspiring Athletes conversation, Clark talks about how she found Christ, how her faith inspires creativity, and how she wants her platform to be a blessing to others:

Chad Bonham: Tell me about your spiritual journey.

Kelly Clark: Snowboarding was everything that I knew. That’s what I did and I poured everything I had into it. I thought that being successful and achieving my goals would go hand-in-hand with being happy. But by the time I was 18 years old, I had achieved everything that was in my heart to do and at the same time I wasn’t finding the fulfillment I was expecting to get from it. All of the experiences were incredible and I wouldn’t trade them for the world, but it wasn’t fulfilling me. I went through the motions for a few more years, but I was looking for something more. When I was 20, I was contemplating quitting. I was at the first event of the season and I overhead a conversation between two girls. One told the other, “God still loves you,” and that caught my attention. Later that day, I caught up with the girl and asked her what she meant. Before then, I’d never really thought about God. But there was an undeniable stirring in me and I couldn’t ignore it. I thought being a Christian was about following rules and going to church and being good all the time, but this girl helped me understand that it’s about having a relationship with God. That was where things shifted for me.

Bonham: After winning the gold in 2002, how did your new faith in God help you deal with the disappointment of finishing fourth at the 2006 Games?

Clark: By then, my identity had started to shift. Before that, my identity was in snowboarding. That’s how people knew me and that’s how I knew myself. That’s where I got a lot of my self worth. That began to shift and I started to understand that I didn’t get my worth from people or from the things that I did. It was from Christ. If I hadn’t had that shift in my life, I think my world would have come crumbling down.

Bonham: You’ve been on tear since the last Olympics with four straight Winter X Games gold medals in the super pipe event. Can you explain what has spurred on the recent success?

Clark: These have been the most successful years I’ve ever had. I’ve been placing well in the contests but more importantly I’ve been enjoying them. I think those two things go hand-in-hand.

Bonham: Snowboarding is known as a youth-driven sport, so how have you been able to stay relevant for so long? 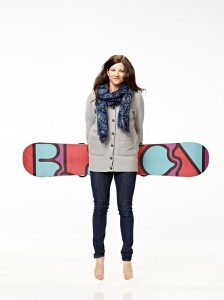 Clark: It’s funny. I competed against a 13-year old girl at the Winter X Games. I looked down at her birth date and it said 2000. I was like, “Huh, I wonder if she even knows what Y2K is?” But I guess I’ve just been able to build a foundation. The foundational skills of snowboarding are what pay off in the long run. That’s something I’ve been able to build over time and that’s benefited me a lot. With my age and looking at my career, perhaps I’m more comfortable in my own skin than I’ve ever been. I’m not trying to snowboard for other people anymore. That just kind of comes with age and growing up. That’s helped me a lot. Some of that started right after the last Olympics (in Vancouver). I was having a conversation with one of my teammates and she asked me, “Aren’t you so glad it’s over? We don’t have to compete anymore.” I thought that was a strange comment but in that moment I realized that I was doing it for the right reasons. I wasn’t looking at the Olympics to define me. I wasn’t to arrive somewhere by performing well in a contest. So after those Games, I continued to compete that season and the year after that. I really had the goal of being intentional. I didn’t want to do big tricks because it was an X Games final or an Olympics final. I wanted to call my own shots. I started to do that and I started to have more fun than I ever knew I could have.

Bonham: The last time we talked, you spoke of how you found a greater sense of freedom in the sport when you first entered into a relationship with Christ. Is this recent success a continued expression of that defining moment in your life?

Clark: I think so. It’s definitely got to be a daily thing. There’s no formula to walking with God. There’s no formula to having success as an athlete. It’s about relationships and it’s a daily thing. You’ve got to revisit things and you’ve got to be willing to work on things all the time. You’ve got to fight for that connection with God all the time no matter what you’re going through in life. I’m growing up. I’m maturing. But I definitely think that the backbone of this is the freedom and creativity I have without the fear of failing. If I fail, what’s going to happen? Nothing. I’m not looking for my self-worth in the sport.

Bonham: What are some of the stabilizing forces that help you to maintain that desire to stay in a relationship with Christ? 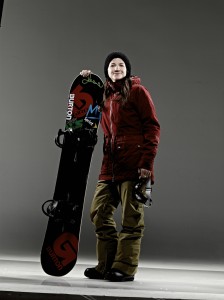 Clark: People ask a lot about how I can be a believer in a culture that perhaps is counter cultural to what you believe in. I’ve come to the conclusion that I’m able to be in this culture and in this industry and fruitful because I don’t look to my circumstances to determine what I believe to be true about God. I don’t look to my situation to determine what choices I make. I’ve developed a good sense of values and beliefs. That’s my reality. No matter where I am, God is still good. No matter where I am, nothing is impossible. It’s those sort of principles that really anchor me. Over this past four years, I think I’ve done a pretty good job of not compartmentalizing my life. I take my core values and I live them out at home like I would in my snowboarding like I would at church with my friends. I’m willing to explore what that’s supposed to look like. I want to be intentional. I want it to show up in my life every day. I really try to live out my values and be consistent. Another things that has helped has been staying connected to a community of believers. It’s important to be around others that share your beliefs and share your values and people that can encourage you. We’re not meant to do it on our own. We’re meant to do life with God and with each other. I’ve been fortunate to have friends that are willing to invest in me even on the days when I’m not able to invest back into them. I’m thankful for people that have that selfless attitude and have helped me become a successful person and a successful athlete.

Bonham: Has having a platform within the snowboarding culture been a burden, a blessing or, at different times, both of those things?

Clark: I’ve always lived a life where what you see if what you get. I’ve never wanted to live two different lifestyles. The initial transition for me was perhaps the most difficult. It wasn’t easy communicating what I believed and what my values were. Establishing that as a young adult was interesting. I was 20 years old when I got saved. But now I’m more comfortable with my beliefs and with who I am. I honestly don’t think about it that much. I just try to live my life and I try to love people. I try to love God well and I try to love people well. Those are my main objectives.

Bonham: And that keeps it from becoming a burden.

Bonham: Have you had opportunities to speak other athletes’ lives like that one that spoke into your life 10 years ago? 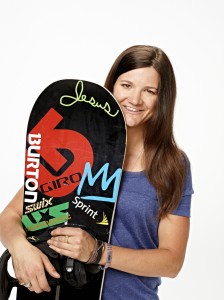 Clark: I feel like there is great purpose in a lot of my endeavors. I’ve seen God in the middle of them. I’ve seen Him be faithful in those things. But I strongly believe in that saying, “People don’t care what you know until they know that you care.” That’s been my goal and objective—to love people well. That’s something I can bring to this community. As I’ve been open with my faith, there’s a consistency that almost disarms people. They know what they’re going to get when they see me. They know what they’re going to get when they talk to me. If there ever is a need or if anyone’s hurting, I’m the person they come to because they know what they’re going to get. They know I’ll pray for them. They know I’ll encourage them. It’s amazing that I get to be there for people. I’m sure I’ll hear later on how God was working in it all, but for me, it’s really about loving people well.

Bonham: What does being a four-time Olympian mean to you?

Clark: I never planned to be at the height of my career when I was 30 years old and going to my fourth Olympics. I watched the 1998 Olympics when I was 14 years old. That’s what I wanted to do with my life. I thought I might have a shot at three Olympics max. This is way beyond the parameters of what I set out to do. Right before they named the (2014) team, I stepped back and I allowed myself to realize what I had accomplished. I got overwhelmed and the tears came pretty quickly. It’s an honor to represent my country again and to represent my sport to the world and to hold it down for all those 30-year old athletes out there.