Going into the 2012 season, veteran tight end Billy Bajema didn’t know if he was going to make an NFL roster. But some injuries opened the door for him to join the Baltimore Ravens. As it turned out, barely making a team led to a championship ring as the Ravens defeated the San Francisco 49ers at Super Bowl XLVII.

In this video interview, Bajema talks about what it means to be created for greatness and how his faith has compelled him to always give his best: 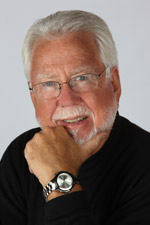