It’s been almost 40 years since Norm Miller hit rock bottom—not in the business world mind you, but in his personal life. That’s when he cried out to God and started a new journey of spiritual renewal that now transcends every part of his life.

Miller has used his platform and influence as Interstate Batteries CEO to impact the motorsports world where he is one of the primary sponsors for Joe Gibbs Racing and Kyle Busch’s #18 NASCAR Sprint Cup racing team. More recently, Miller has become the driving force behind an evangelistic video series called “I Am Second,” a campaign that also serves as a sponsor for NHRA Pro Stock driver Mike Edwards.

In this Inspiring Athletes interview, Miller talks about his radical transformation, his love for motorsports, the inspiration behind “I Am Second,” and how he approaches evangelism as one of America’s most successful CEOs:

Chad Bonham: You had a pretty dramatic experience that led to your Christian conversion. What led up to that moment?

Norm Miller: I was raised up in a wild party town of Galveston, Texas, which had everything that was illegal (elsewhere). It had liquor by the drink, which was illegal in the state of Texas. It had open prostitution and wide-open gambling. That’s where I grew up. So I started drinking and partying at the young age of 14 years old. I thought that was what life was all about—have a party and have fun. I got out of college and set some goals for myself and made them ahead of time. But as my life progressed, I wasn’t happy. I was empty and actually anxious about life and failure. My drinking problem crescendoed on me. I had two DWI’s. In the midst of all of that, I climbed the ladder of success but it was on the wrong wall. One morning, I just blurted out, “God help me! I can’t handle it!” And He did. I started going to AA for a couple of months. Then a friend came to me and started to tell me about Christ and how the Bible was God’s Word. It was given to man exactly as He intended it. So I said, “Well, prove that to me.” So he brought me some books. I didn’t read the Bible. I started reading about it. I wanted to see if a person could embrace it with their brain, intellectually, as true. I went into an apologetics study about archeology and antique manuscripts and fulfilled prophecy and changed lives, and I thought, “This thing has got a lot of basis.” So I decided to see what it had to say about me. I went through the scriptures like Romans 3:23 and realized that I was a sinner. I knew I was a sinner. I didn’t have any problem with that. Then I read that Christ was God’s only begotten Son who died for me. I read the scriptures in Galatians where the fruits of the spirit are peace, love and joy. I looked at that and thought, “Man that’s what I want.” If I can get peace, love and joy, then I’ve got it. So then I wanted to know how to get the Spirit. Then I learned that when you receive Christ as your Savior as repayment for your sins through confession that God would put His Spirit in your heart and help you live the rest of your life here and then eternally. So I prayed one night. That was in 1974. I’ve been trying to honor Him and walk with Him ever since.

Bonham: What led you to get involved with motorsports?

Miller: I first got (Interstate Batteries) involved with the Great American Race. We actually co-founded that race in 1982. It was an antique car race across the country that first ran in 1983 and went through 1996.

Bonham: What attracted you to NASCAR?

Miller: I was trying to buy advertising cheaper than the normal way. I wasn’t a race fan. I hadn’t actually been to a race until we started running in the lower level series. We ran with Stanley Smith in the All-American Series. But I looked at it as a way to get more advertising and promotion than I could buy with the normal advertising dollar. When you get in there your competitive juices get going and you want to win. When you start competing against these other people, you start to learn more about it and you get to meet more people. You build relationships.

Bonham: How did get connected with Joe Gibbs?

Miller: Joe decided he was going to go racing. He talked to (former Motor Racing Outreach president) Max Helton and asked him if he knew some good honorable people that would want to get into racing. Max didn’t know us personally but he’d heard that my brother and I were decent people. So Joe called us directly. We’d already been running with Stanley Smith and we’d seen the response and even ran in some Winston Cup races because some fellow came to Stanley and offered him four Cup rides. And of course, Stanley came to us and asked if we’d be interested in sponsoring his car. One thing led to another and we ran those four races. Joe didn’t even know we were in it and somehow saw our car. So one day at work, I was down the hall and my secretary came down and said, “You have a phone call. He says he’s Joe Gibbs and he wants to talk to you.” I started to walk back to my office and said, “Oh that’s a bunch of bull. That’s just a friend of mine messing with me. I’ll get it.” And I picked up the phone and it was really Joe. From there, we had meetings with Joe and knew even then that our constituency liked NASCAR. That went all the way from our distributors to our employee base and the consumers and the dealers. We have thousands of dealers across the country and they loved it. When we first met, I told them that, at that stage in my life, I didn’t want to do anything that was going to occupy my time if I didn’t think we could lift up Christ doing it. He told me I’d hit his button right on the money. We locked hearts at the time. I could tell that we had an openness between us. The relationship has gone on like that since we first met. Besides that, our wives got together and they hit it off. You don’t make a whole lot of close friends after you’re 50 or 60 years old. But we did and the four of us have become even closer over the years.

Bonham: What was the inspiration behind “I Am Second?” 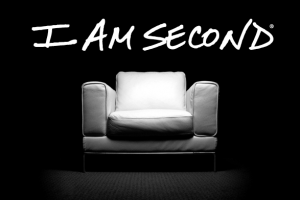 Miller: It’s just a crazy thing. I do a devotional in the mornings. It’s the Oswald Chambers book My Utmost For His Highest. It has 365 devotions. In 1996, I started writing down the year and where I was. In March of ’08, I wrote down my notes and I realized that my birth date was 1938. I realized I was going to be 70 that coming summer. An interesting thing took place because I thought about three scores 10. That’s what the scripture says is the deal. You never know when you’re going to die, but I thought, “I don’t know how long I’m going to be living here.” The next thing that came to my mind was the scripture that talks about how, “You will be my witnesses in Jerusalem and Samaria and Judea and all parts of the earth.” I had the thought that North Texas is my Jerusalem and I wondered to myself, “Have I gone for broke to lift up Christ in this area?” I’d been involved in a lot of things like the Jesus Film and other evangelistic outreaches like Billy Graham and Luis Palau, but I hadn’t really gone for broke. So I went to a group called E3 Partners. There was a gentleman there who was a national advertising guy and I asked him to come up with a media campaign that would glorify the name of Jesus. He came back to me with the “I Am Second” concept. In April of 2008, we started doing interviews with Joe Gibbs, Tony Dungy, Stephen Baldwin, Josh Hamilton and Jason Witten and we launched the website that December. At first, I was just thinking of my Jerusalem. But God was thinking about the whole world. In six weeks, we had thousands of hits on the sites and they were staying on the site over eight minutes and they were already in 70 countries. It’s crazy. Today, we’ve had over seven million hits. They still average over seven minutes on the site and we’re in over 220 countries. It just keeps growing exponentially. It went way beyond what any of us thought it would.

Bonham: What is the secret to effectively professing faith in the corporate world?

Miller: It’s really interesting because I can’t recall a time that I’ve been attacked (for my faith). When I first became a Christian, I didn’t know what that was going to look like at the job. The scripture came to mind that says we are to, “Love the Lord your God with all your heart, your soul and your mind.” And I wondered how that would flesh out, and I just kept thinking about how I needed to tell people about Christ. That’s been my heart’s drive. As I got more successful in the business and people knew I was a Christian, I started to get more involved in speaking. I decided I would just give my testimony and try to lead people to Christ. But I didn’t like speaking. I felt nervous doing it, but if He wanted me to do it, I would do it. Before that, I had only been asked twice and I got asked six more times in the next 10 days. So one week, I took 30 hours and I worked up my testimony as if I would be making a presentation. From then on, if anyone has asked me and if I could do, I’ve just done it. And I love it. I love the chance to talk to men and tell them that this is the truth of life. This isn’t some concoction. So the secret is to be like the great prophet Nike: Just Do It.

Check out the entire I Am Second series by visiting the official website HERE. 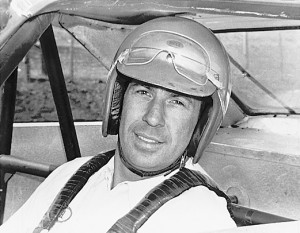