Carolina Hurricanes goalie Dan Ellis knows a little some about faith. He’s had to rely strongly on his faith in God during an up and down NHL career that has included playing for five different teams, enduring two lockouts and sustaining an unfortunately timed injury. In this Inspiring Athletes interview, Ellis talks about his definition of faith, how it’s sustained him through his professional and personal struggles, and his encouragements to other players and coaches:

Chad Bonham: How would you define “Faith?”

Dan Ellis: Faith to me is having absolute certainty that God is in control of my life and that He has my best interests at heart. There may be times in my life where a situation looks bleak or doesn’t make sense, but having faith in God allows me to know that He will take me through that situation and make me better off than I was before. Having faith in God means trusting in Him even when everything inside of you wants to take control. Loosening control of your life into Gods hands brings an overwhelming sense of peace and confidence.

Bonham: How have you learned this biblical principle?

Ellis: Life experiences have taught me the most about faith. Many times in my life when things were not going as I had planned, I would try to take control and fix it. The harder I tried to fix things the harder the situation or the stress from the situation became. As I learned to trust that God had the best solution, my life became much more peaceful and I was able to get through problems much quicker. God never puts something in our path where He has not already equipped us to handle.

Bonham: What Bible verse has helped you have more faith?

Ellis: In 2 Corinthians 5:7, Paul talks about how we walk by faith, not by sight. Faith comes before you see any results. It’s when we take the leap of faith that God places the next step under our feet, often propelling us to heights which we could never have imagined.

Bonham: What have you learned about faith through the life of Jesus Christ?

Ellis: You see His faith on the cross, where Jesus took all of our shame and sin simply because His Father said so. Jesus put his life on the line because He trusted that His Father had a greater plan.

Bonham: How has that principle applied to your life as a professional athlete?

Ellis: I was in a contract year last season. You want to have your best season so that you can get a new contract and stay in the league. At the beginning of the season my playing time dipped more than any point in my career and right as opportunity was knocking at the door I sustained grade-three groin tear. Knowing that my opportunity to earn a contract has faded, my trust and faith were completely in His hands. Even when things like that happen, I know without a shadow of a doubt that God has a better plan. That He will take care of me and I will be better off than I ever could have imagined.

Bonham: How does faith impact other areas of your life?

Ellis: Being a family man with two small children, I take that same faith into family matters. Whether it is dealing with a sick child, dealing with our finances or dealing with my marriage, God works through all things for the good of those who are called in Christ. No task is too big or too small for God. He cares for us. He wants the best for us. More importantly He just wants us to include Him in our lives by trusting in Him. He has a great plan for each of our lives. We just have to have the faith to see it through.

Bonham: What is your encouragement to other athletes and coaches?

Ellis: Things don’t always happen the way we planned. As we learn to trust in God’s plan, we will see that He has our best interests at heart. His wisdom is much greater than man’s wisdom. Things that don’t make sense don’t need to because God the Father has a plan for us. As we put our faith in Him will see that plan through and be better off than we ever could have imagined.

Dan Ellis is one of several current and former NHL players to be featured in a new FCA Hockey New Testament. Learn more about this resource by visiting the organization’s official website HERE. 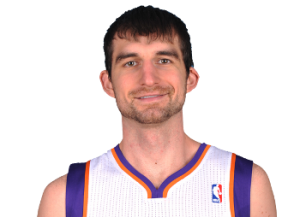