She may not have the historical name recognition of Mia Hamm or the star du jour status of Abby Wambach, but ask anyone in the know and they’ll tell you that Tobin Heath is a significant contributor to the U.S. women’s soccer team’s recent success. As one of the youngest team members, Heath won a gold medal at the 2008 Beijing Olympics and was a key player in the team’s World Cup run this past summer that ended in a shocking loss to Japan in the finals. These days, Heath is working towards another Olympic appearance in London this coming summer.

Chad Bonham: Can you share a little bit about your Christian faith journey? 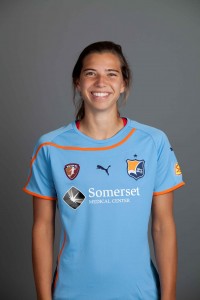 Tobin Heath: I was fortunate enough to grow up in a Christian home and an awesome family. Our family was just really passionate about Jesus. I had a great experience growing up. Like many kids, I wanted to do my own thing so it wasn’t until around the end of high school and start of college that I started to develop my own faith. I stopped piggy backing off of my family’s (faith) and wanted to figure out what it was all about. I got super interested in things and obviously from there it’s just grown. Like anyone who has a relationship (with Jesus) knows, the coolest thing about it is that it’s infinite how much you can learn and begin to understand. It’s something that grabbed me.

Bonham: Do you feel like your reason for being successful as an athlete is bigger than soccer?

Heath: Absolutely. My platform might be a little bigger than someone else’s, but everyone has a purpose. For me, that purpose in my life right now is soccer. There’s a cool, personal testimony that goes along with it. You spend so much time with your teammates in environments where they see how you live. It’s one of the coolest ways to just love people. Obviously in the world of sports, you go through different ups and downs than in normal life. You might be on top of the world playing or you’re sidelined with an injury. Your teammates see you through the good and the bad. They see where your foundation lies in those moments. You can also be there for them to share the love of Christ to them through those times when they’re in need and desperate for some truth in their lives.

Bonham: How did your faith get you through the highs and lows you experienced at the 2011 World Cup? Can you imagine dealing with them minus your relationship with God? 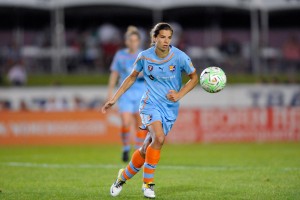 Heath: I can’t even imagine going through life without my relationship with Jesus. So much of it is me relying on Him and me needing Him, not just in those crazy circumstances but in the day-to-day activities. During that time at the World Cup, it was a rollercoaster ride, but it was neat to just see His hand on that. It’s more than just winning or losing. There are so many relationships that go deeper than that. He has a plan in it all. You have to trust that. Even though it’s not the ideal outcome—I mean, everybody wants to be winners—you have to trust that God has a greater plan for this even when you can’t see it.

Bonham: What’s the key principle that helps you stay emotionally and spiritually even-keeled? 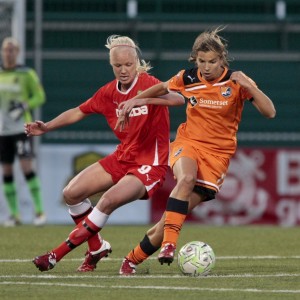 Heath: Know your place. I know it kind of sounds a little backwards, but I just really think of God as being so incredible. The depth of who He is and His character is unfathomable and the fact that we can know Him just a little bit is so cool. He knows us inside and out. It’s remarkable in many ways. When I try to think about Him, I’m just in awe. That humbles me in any situation. When I need strength in hard times, I know I have a God that can move mountains. Or if I’m going through a time of success, I can just rejoice in the Lord and give glory to Him knowing that He’s given me the gifts to be able to accomplish what I have. Everything comes back to Him.

Bonham: Tell me about the core group of believers on the U.S., team and how important that is to your spiritual stability.

Heath: I’m extremely blessed with my teammates. They’re such an encouragement in my life. I have people praying for me and I’m praying for them as well. I can lean back on them. They strengthen me during those times. But even with my non-believing teammates, there is a great amount of unity and I truly believe that’s God working. It’s really cool in team sports when you’re united around a belief or something you want to accomplish. Whenever you’re working towards something greater than yourself, it’s almost a selflessness that the Lord delights in when you’re serving your teammate or your friend or your sister in Christ. That’s just why I love team sports. It’s a great example of that selflessness that I think is really pleasing to God.

Bonham: How much of your platform is used to encouraging young female athletes? 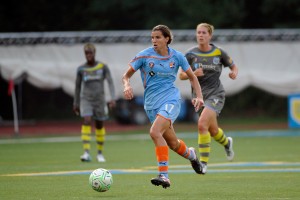 Heath: As the popularity of women’s soccer continues to grow, we just want to give that back to the sport and continue to inspire young girls to have something they can dream about, that they can be professional athletes. It’s possible for them. So we want to continue making those dreams possible while we’re living our dreams at the same time. It’s really neat when you become a role model. It’s also a lot of responsibility. But if you see it as a platform where you can pour into others for Jesus with love, that’s where I want to be. Becoming known or noticed in my sport isn’t what drives me to work hard and want to be the best I can be. It’s Jesus. That’s why I play. I play to glorify Him. I worship Him with the gifts I’ve been given. Through that, I just hope He can be glorified. I try to keep that as my motivation when I step out on the field every day whether it’s practice or a game. It’s to work as hard as I can in thankfulness for what He’s given me and hopefully some of that can come back to Him.

Bonham: What do you remember most about your Olympic experience in 2008 and what are your thoughts on the 2012 Games in London? 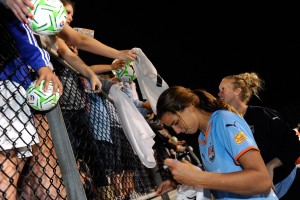 Heath: The Olympics is a very special event because you get to represent your country along with all the other sports. One of my favorite things about soccer is how the art and the passion of the game somehow unites people and nations and classes and races. That’s something that comes out of the game and how it’s displayed and why people enjoy watching it and supporting it. Anytime you have an event like the Olympics or the World Cup, people get to enjoy it on such a huge scale. Obviously we’re looking forward to getting past this last World Cup and we’re really excited in our preparation to win gold in London. I think that’s the focus now. We have the team to do it.

Bonham: Is standing on the podium as an Olympic gold medalist something you can describe?

Heath: I don’t think it’s something you can put into words. I don’t think it should be. The feeling that I was most shocked about was just seeing your country’s flag being raised. I was shocked by how moved I was by that. I’m usually a pretty mellow person, but when that happened, I thought that was pretty cool.

Keep track of the latest from the U.S. soccer teams by visiting the official website HERE.

A conversation with U.S. Olympian Ryan Hall
archives most recent
More from Beliefnet and our partners
previous posts