NASCAR driver David Ragan on his foundation of faith

He’s not your typical, brash young gun that NASCAR has become accustomed to of late, but that doesn’t mean David Ragan is devoid of passion for the sport or a desire to win races. Ragan has been turning heads since racing in the ARCA series and then winning the Nationwide (formerly Busch) Series Rookie of the Year honors in 2007.

Now in the Roush-Fenway #6 Ford made famous by Mark Martin, Ragan is ready to make a statement of his own including an impressive first Sprint Cup victory at the 2011 Coke ZERO 400 in Daytona. Here’s the transcript from my interview with Ragan where he talks about starting young, taking over for Martin and how his faith keeps his feet on the ground:

Bonham: Like a lot of drivers, you got a young start in racing. What role did your family play in the early part of your career?

Ragan: My dad was racing when I was real young. I’ve always been around race cars. My father and my uncle owned a Chevrolet dealership and a parts store so I was introduced to race cars and to parts and the mechanical side of things at a pretty young age. Dad was still racing so it was difficult for me to start racing until he slowed down and that was about the age of 12. Back then it was a hobby. It was a family event. We could go out on the weekend and spend family time together. Most families have different activities whether it’s going to the mountains or going to the lake. Ours was going to the racetrack. It started out strictly as something we were doing for fun. We were very competitive but we had a good time with it.

Bonham: When you hit the NASCAR scene as an 18-year old, was it overwhelming competing against stock car racing’s elite?

Ragan: It was a little bit intimidating but I had a lot of confidence. I thought that just because I was a good legends car driver or a good late model driver that I could come out and be a successful NASCAR driver just right off the bat and it didn’t work that way. I was introduced to a lot more challenges than I knew were out there. I basically had to learn from a lot of good experiences and bad experiences. That’s what these last few years have been about.

Bonham: How much pressure did you feel back in 2007 when you took Mark Martin’s spot in the #6 car?

Ragan: We were looking at it from two different sides. You’re getting into a first class ride. We knew our engines were going to be good and our chassis were going to be top notch. That gave us a lot of extra confidence. But at the same time, you’re hopping into a car that no one else has driven in the past 15 years. On one hand, it was a lot of pressure, but on the other hand, being surrounded by the good people and the good technology at Roush Racing were things that made my confidence grow.

Bonham: What can you take away from following the career of a guy like Mark Martin?

Ragan: Mark’s a racer. He’s got the never-give-up attitude. He’s a guy that really understands these race cars. I think that means a lot. Mark can make good suggestions to the crew chief. He understands what’s going on. He’s got a lot of drive for his age and I think that’s very important—to have that kind of passion for what you do. It just makes things a lot easier during a tough weekend. Character and good work ethic are very important in this garage and that’s why he’s been here as long as anyone has and that’s why he can write his story for whatever he wants to do for the rest of his life. You need to say and do the right things and good things happen to good people. Mark is certainly a good guy.

Bonham: Tell me a little about growing up Southern Baptist in Unadilla, Georgia.

Ragan: My grandparents and my mom and dad were great influences. I was very fortunate to have good family values and a lot of good people teaching me throughout the years. I grew up in a church that helped me have confidence in the Lord to work through tough situations. This world’s a tough place to live in and you have to have something to fall back on. Certainly, my parents were a big part of that and people in our church community were always there when things were tough. At the end of the day, it’s up to me to get the job done but it’s always nice to have someone to help you get through the tough week.

Bonham: How has your faith in God helped you navigate the ups and downs of this sport?

Ragan: There were a lot of tough nights when we only had one race car and I tore it up and we didn’t know if we had enough funds to keep racing. We were really close to catching our break before the “Driver X” show. That’s when you have to ask the Lord for some help and some guidance to do the right thing. A lot of times it’s tough to make the decision on your own. You know what you want to do and it always helps to have someone to rely on to help you out. I can remember some tough nights where I was questioning myself. “Can I really drive?” or, “Is this the right thing for me to do?” But at the end of the day, a lot of prayers were answered and certainly things worked out for the good.

Bonham: As a regular attendee of Motor Racing Outreach chapel services, how has that ministry blessed your life?

Ragan: It’s tough to have any type of normal worship service or anyone that you can go to and ask those tough questions because of our travel. I think it’s great that Motor Racing Outreach and the people involved put out the effort to work with our busy schedules. A lot of drivers and their families count on them every weekend. It’s been a blessing for us. My father was around the sport when MRO was introduced back in the ‘80s. It’s a good thing to know that they’re there for you throughout the weekend whether you’re in California, New Hampshire or Daytona.

Bonham: How have you benefited from having a teammate like Matt Kenseth?

Bonham: What are your long-term goals in this sport?

Ragan: I want to enjoy myself and enjoy the challenge. I love to compete at the top level of NASCAR. I love my job. I love what I do. I’m very fortunate that God has given me the strength and the courage and the people around me to help me do what I do. As long as I have that kind of attitude and it’s still fun to be away from home 40 weekends a year, hopefully I’ll be here at Roush-Fenway Racing for a long time. 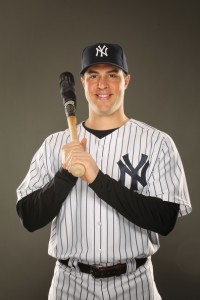