In the blink of an eye, Trevor Bayne went from rising Nationwide star with no sponsorship to youngest Daytona 500 champion in NASCAR history. Since then, he’s dealt with an unidentified illness caused by an insect bite that forced him to sit out for nearly two months. Still, the unflappable 20-year old phenom has kept his faith amid the incredible highs and unexplainable lows.

I’ve had a chance to speak to Bayne on two separate occasions. Here’s a composite of those conversations in which the young driver talks about his early days in the sport, his family’s consistent support, how he maintains his composure on the track and why NASCAR is so unique to the sports world:

Bonham: How did you get started in racing?

Bonham: Where are you from?

Bonham: So you grew up in the heart of NASCAR country. Did you grow up as a fan?

Bayne: Definitely. I was a Jeff Gordon fan growing up. Everything in my room was Jeff Gordon #24, my coloring box at kindergarten, everything.

Bonham: How has your family been involved over the past few years?

Bayne: Everything I drove up until the Camping World East series was owned by my family. My dad always owned the teams and found the right teams and he was my crew chief all the way up until I was in the Hooters Pro Cup at the age of 15. My family’s been very supportive and that’s key in this sport. It’s not football or baseball or basketball where you can do it yourself. If you’re good in high school, you just shine. (But in racing) you have to have a family behind you. A five-year old can’t pick up a go-cart and take it to the racetrack himself. It was all family driven. My dad’s dad used to race. My dad never raced, but in the same token they never pushed it on me. They’ve supported me in everything I’ve wanted to do and I had the option to play football, if I wanted to race or whatever I wanted to do. They were going to support me, and that’s important.”

Bonham: Are you pleased that’s there’s such a strong faith component within the NASCAR community?

Bayne: NASCAR has a Christian base in it but surprisingly there’s a lot of outreach that still needs to be done in this sport. I’ve been surprised about that because as an outsider looking in, that’s all I saw was the pre-race prayer and stuff like that. But people don’t see how much revival still needs to happen. I think that’s why God’s placed us here.

Bonham: How much do you rely on the ministry of Motor Racing Outreach?

Bayne: It’s awesome to have MRO here, to have believers and followers, most importantly followers. Guys like Michael McDowell, Ricky Stenhouse, Justin Allgaier and myself. We started a Bible study with (former Nationwide chaplain) Lonnie Klauss that we do every Saturday morning before we go qualify. That’s been a core support for me because we’re not home on the weekends. A lot of times we get back late. We try to get back to church as much as we can, but the Cup races are on Sunday. It’s good to have that core support here with MRO and those guys.

Bonham: Did you grow up in a church going family?

Bayne: I’ve grown up in church for sure. I’ve been to First Methodist and Baptist where I attend when I’m in Knoxville. I live in Mooresville (North Carolina) part time and I attend a contemporary, non-denominational church there a lot just because I like the worship. They have good messages too

Bonham: Are you trying to be a new kind of “young gun” in this sport?

Bonham: You were in wreck with Justin (Allgaier) early in the 2010 season and you obviously weren’t happy with him.

Bayne: (Laughs) Yeah, we were in a Bible study together earlier that morning.

Bonham: So how do you deal with confrontation on the track and the aggressive nature of the sport when it comes to maintaining good relationships off the track?

Bayne: Growing up in the sport, I’ve been able to separate what happens on the track with what happens away from the track. That track is totally different. I’m not the same person when I put that helmet one. It’s not Trevor Bayne. It’s not Justin Allgaier. It’s not Ricky Stenhouse. There’s a racecar and I want to beat it. That’s how I see it and that helps with the pressure. When I look at these Cup guys, I don’t say, “Oh, there’s Kyle Busch.” Or if it’s a Nationwide guy, “Oh, it’s Steven Wallace.” I don’t see them any differently. It’s just another car. If they crash me, I get upset, but I don’t bring it off the track.

Bonham: How have you managed to remain stable in a very unstable world with changing rides and other uncertainties that come with the NASCAR lifestyle?

Bayne: My faith is the biggest thing that helps me through it. I know there’s a plan for racing and even if I’m not in a racecar, I have to be content with that. I probably wouldn’t be happy but I’d have to learn how to like it.

Bonham: Do you feel a certain amount of responsibility to be who you are as a Christian driver in this sport?

Bayne: It is a responsibility to be who you are and not let this sport change you and not let the good runs and success or the bad runs change you. You’ve got to be the same person all the time. The Bible talks about being firm on the rock. I try not to look like I’m on sand all the time. I try to be that same person. You’re going to have emotions. People are going to see that you’re upset. But that’s a good thing. They’re going to see that you’re passionate about it, but you’ve got to think about consequences a lot of times. You’ve got to think ahead from what you’re about to say. I might be mad at some guy but if I say what’s on my mind, it’s probably not going to be good.

Bonham: So when things happen on the track, especially with guys that maybe you’ve spent time with in a Bible study earlier that day, that makes it easier to forgive and move on from it?

Bayne: Yeah. People from the outside are like, “I can’t believe Justin did that! You’ve got to wreck him back! No. We’re good. We’re friends. At times it seems intense but that’s what happens on the racetrack. I wouldn’t retaliate on the track.

Bonham: How important is it that people at the highest levels of NASCAR support the strong faith element within the sport?

Bayne: This is such a great platform and it’s good to use it being used. They still do the prayer on TV. Not many times can you be on ESPN giving God glory. We’ve got to use this platform and that’s what drives me to be successful here. He’s provided this so let’s make the best of it. That’s why I think He’ll continue to keep me here because it is a platform and we have the talent and the ability. So, we’d better use it.

Bonham: Last October I wasn’t sure if I was going to get to interview you because you’d been dropped from Waltrip Racing. I struggled to find your hauler in the Nationwide garage. Just the fact that you went from that place to winning the Daytona 500 a few months later, how does that underscore your belief that this is bigger than racing for you?

Bayne: It is. You know, before this ever happened, I had a meeting with some of the people that are running my business stuff, running my financial and everything. My dad was involved. We sat down and we said what is the goal of Trevor Bayne as a company, as a person, as anything? I told them, the goal, this is going to sound weird, but it’s not to be the best racecar driver, the most marketable, the most popular, but it’s to build a platform and let God use us on the platform that He’s building, which might require me to become the best racecar driver or be the most marketable or most popular, whatever it is. I just want to stand on the platform He’s putting under me. That’s our goal. If that’s our goal, our highs and lows are going to be a lot more manageable. 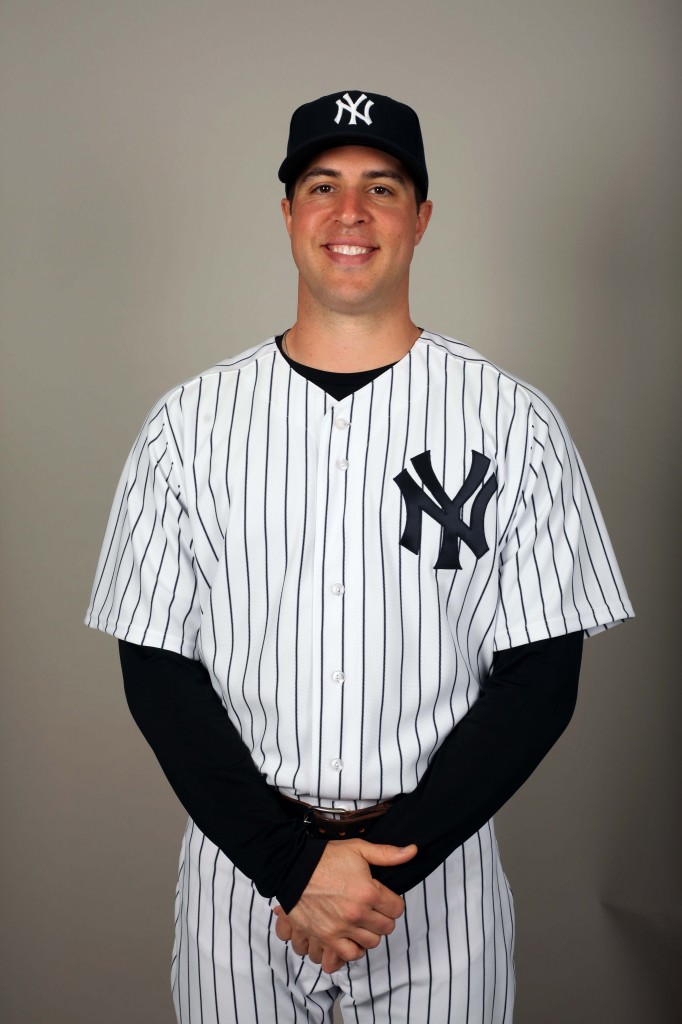