Look out Wonder Woman, there’s competition in town. The trailer for Marvel’s new film, “Captain Marvel,” is now online, and fans are ecstatic to see the comic book character come to life. Starring Brie Larson as the titular Captain Marvel, the film is set in the mid-1990s, years before the events of most of the Marvel Cinematic Universe. Comic book fans are excited to see the infamous Skrull invasion carried out on screen, and movie fans are looking forward to getting to know a potential new Marvel front runner.

There is a lot to look forward to in the upcoming film, but fans are excited for social reasons as well. After years of clamoring for a Black Widow movie, Marvel finally has a film that stars a female superhero in her own right. Furthermore, Captain Marvel is said to be one of if not the most powerful character in the Marvel Cinematic Universe. Not only does a woman get to lead the latest installment of the Marvel Cinematic Universe, she is a hero who could apparently wipe the floor with just about everyone else.

“Captain Marvel” is set to be released on March 8, 2018. The story will supposedly revolve around the Skrull invasion and Captain Marvel’s past. One synopsis of the film reads, “Set in the mid-1990s, Captain Marvel follows Carol Danvers, a former U.S. Air Force fighter pilot, as she turns into one of the galaxy’s mightiest heroes and joins Starforce, an elite Kree military team, before returning home with new questions about her past and identity when the Earth is caught in the center of an intergalactic conflict between two alien worlds.”

The film has had fans theorizing since it was announced, and speculation reached a fever pitch after Captain Marvel was referenced in the “Avengers: Infinity War” post-credit scene. Given her incredible powers, people are wondering why she was not involved in past Avenger’s conflicts and how her absence will be woven into the larger Marvel story line. 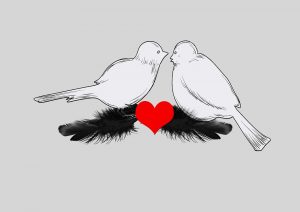 Joe Trejo was hooked up to a ventilator in the intensive care unit at St. Jude Medical Center in Fullerton. At the time, he wasn’t able to communicate with his wife or their three sons. Then, something unexpected happened. A mariachi band played the couple’s favorite song in the parking lot, and they were able […]

The longtime Arizona Department of Public Safety officer who co-founded the Make-A-Wish Foundation passed away at his home in Prescott, Arizona. The cause was esophageal cancer. The Make-A-Wish Foundation, headquartered in Phoenix, Arizona, helps fulfill the wishes of children with critical illnesses. Started in 1980, the organization can trace its roots back to a 7-year-old […]

A mom and daughter are celebrating Black History Month in a unique way – by playing a special game of dress-up. Each day in February, Taylor Trotter takes photos of her 5-year-old daughter Paisley dressed as different inspiring black figures in history. They place the photos side by side, then upload them to Facebook. The […]