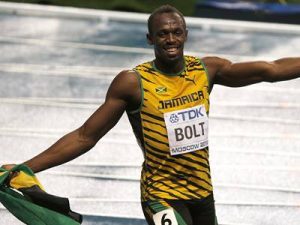 Just recently Usain Bolt or better known as the fastest man on Earth decided that it was time to end his career as a competitive runner.  Bolt is a 19 time Olympic champion and world-record breaker. He competed in the 2004, 2008, 2012, and 2016 Olympics.  He has also won the hearts of many with his humble and kindhearted façade. Before finishing his career he recently competed in the 2017 World Athletics Championship.

The IAAF, or the International Association of Athletics Federation, held the 2017 World Championship in London. The 100m was the last individual race of the night.  Among those who were competed with Bolt were past competitors as well as relatively new competitors.  Two in particular were American representatives Christian Coleman and Justin Gatlin.  While going through the lineup of those who were racing in the 100m, Usain Bolt was distinctly the crowd’s favorite based off of the overwhelmingly loud applause.  Gatlin, however, received a much different reaction from the crowd.  When his name was announced the crowd booed him and yelled negative comments.

Justin Gatlin has a lengthy bio in terms of his running career.  He has competed in past World Championships as well as medaled at past Olympic Games.  Gatlin has been seen in somewhat of a negative light during his career. He has received two doping bans within his career.  The first one was in 2001 after he been tested positive for taking a medicine that he had claimed he had a history of taking since childhood for his diagnosis of attention deficit disorder. The original ban was for two years but was watered down to one because of that diagnosis.  The second suspension was implemented after testing positive for testosterone in 2006.  The second suspension was set for eight years but was brought down to four based off of the fist ban.

Justin Gatlin had to regain his credibility after being viewed so negatively by the media. He won the 100m and the 200m races in the 2016 U.S. Olympic trials which made him the oldest sprinter on the American team. He competed in the 2016 Olympics in Rio claiming a silver medal in the 100m race. Competing in this World Championship was another way for Gatlin to continue to rebuild himself. He said in an interview that he knew that he was going to have to tune out all of the negativity and just focus in on what he had to do.

As soon as the starting shot was fired all of the sprinters took off and with long strides it looked as though Usain Bolt was in the lead.  The dash was an extremely close call.  It wasn’t until the last 50m that Justin Gatlin shot forward making a huge breakthrough, pulling him up to compete with the leaders including Bolt and other American contestant, Christian Coleman.  After the racers crossed the finish line it was left up to the videos to determine who had won the race. It turned out that Gatlin had come in first with a time of 9.92 seconds, Coleman in second with a time 9.94 seconds and Bolt in third with a time of 9.95 seconds.  It was official Gatlin had beat the fastest man on Earth in his solo race of his career.

After coming to terms with what he had just accomplished, Gatlin made a gracious effort to show appreciation for Usain Bolt and his final race.  Gatlin bowed on one knee to Bolt and then got up and gave him a hug and congratulated him.  Despite winning he had made an effort to focus in on what he felt was necessary and putting the spotlight on Bolt. This was the first time that Bolt had been defeated in an individual race in a decade. Both athletes should be accredited for the way that they each handled the circumstances.  Bolt handled the loss with grace and gave credit where it was due.  In one interview he said, , “For me he deserves to be here, he’s done his time and he’s worked hard to get back to being one of the best athletes.  He’s run fast times, he’s back and he’s doing great.  I look at him like any other athlete, as a competitor,” talking about his competitor.

In an interview Gatlin spoke about his gesture that he took in honoring Bolt and claimed, ”At this championship many people saw we do have a mutual friendship.”  He later went on to talk about how proud he was of himself and how he plans on continuing to hopefully play the part as a role model for young athletes.

Both of these athletes have had their own battles to deal with and the both have the ability to teach different lessons. In this last race they were given titles one athlete “good” and one athlete “evil.” The story of these two individuals teaches some important lessons but the main lesson that this race showed was that sometimes you are given titles by others and they aren’t necessarily true. 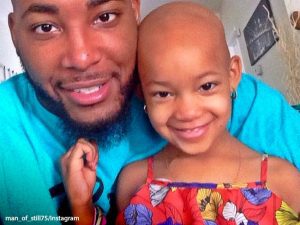