Looking for Life Beyond Your Comfort Zone

There’s a good chance you were meant for more than what you’re doing right now.

Think about it. What did you want to be when you were a child? Before anyone told you it wasn’t possible? Before you convinced yourself you wouldn’t be any good at it? Now think about where you are now. See a difference? 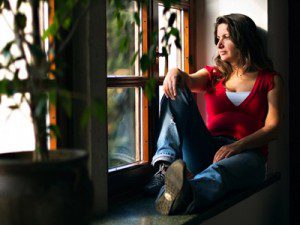 I can count on maybe two hands and a toe the friends I have who are doing exactly what they were made to do. They’re teachers making their classrooms come alive. They’re musicians winning awards and composing symphonies. They’re owning their own businesses. I’m so impressed with their tenacity to chase down their dreams… and I’m curious as to why there aren’t more people like them.

Of course, for every person I know whose work is their passion, I know ten more people who are simply making a living. They can sing, but they’re stuck behind a desk. They’d be brilliant novelists if they weren’t squeezed into middle management. So many hopes and dreams are getting lost working 9-5.

Now, I believe you should be grateful for whatever place you’re in. But that doesn’t mean you’re supposed to stay there. Perhaps it all starts with learning that there’s more…

There is a great scene in the 1998 film Pleasantville where two teens are blasted back in time into a straight-laced, black-and-white sitcom from the 1950s. The girl, Jennifer (played by Reese Witherspoon), feels particularly out of place as everyone seems to be homogenized into perfect behavior in poodle skirts and sweater sets. One day in class, her teacher is talking about the geography of their town. Jennifer raises her hand and asks, “What’s outside of Pleasantville?” She is met with stares from the teacher and the entire class. It was the silliest question, because to them, their town was all they knew and all there was.

Have you ever been like that? Looking around at everyone else settled in the drudgery of life and wondered what else there is? You’re not alone.

Everyone is stuck in some version of “Pleasantville”, and it takes a brave soul to venture outside of it. Think you’re the one? Then, try. Reach. Step out of that black and white world and find your technicolor. Real life is risk, and you’ll never find out what you’re truly made of until you get out of your comfort zone.

I don’t know what your leap of faith needs to be. Maybe it’s as simple as taking an evening acting class or as grand as moving to New York City. Whatever it is, it’s not living where you’re bored, but comfortable. You were made to be challenged. You were made to rise above. And you’re definitely made for more than where you are today.

“There’s no limit to how much you’ll know, depending how far beyond zebra you go.” ~ Dr. Seuss

Happy at Work: The Art of Occupational Gratitude
archives most recent
More from Beliefnet and our partners
previous posts