A grandmother in Baltimore County, Maryland, is alive today because of a medical miracle.

The woman, Kathy Patten, was pronounced dead after she suffered a heart attack and went into cardiac arrest, but then woke up three minutes later to tell her family that she had been in heaven during the time she was clinically dead.

Patten started her day just like she usually did. She headed to the golf course and was putting when she received a call from her daughter in labor. Kathy headed to the hospital. She was ecstatic to meet her new granddaughter.

Kathy was in the labor room with her daughter just moments away from witnessing her granddaughter’s entry into the world. But shockingly, after suffering a fatal heart attack just moments later, Kathy was gone.

She registered no pulse, no heart rate or any oxygen. Kathy was declared clinically dead for almost an hour.

As Kathy was struggling with her unfortunate trip to heaven, her daughter was struggling in labor. Kathy’s daughter Stacey Fifer needed an emergency c-section. Her baby had gotten stuck in the birth canal, and doctors needed to act quickly.

The mothers were separated so doctors and nurses could attempt to save both of their lives.

Doctors applied CPR and other life-saving measures to Kathy, but nothing seemed to be working. Then, suddenly, Kathy woke up all on her own without any damage to her brain.
Her team of doctors has this to say about her miraculous revival.

The doctors said her story of surviving death is exactly what they needed amid the pandemic where they feel overworked and underappreciated. Kathy reminded the staff of why they chose to do what they do. It’s saving people’s lives, one day at a time.

Her daughter Stacey went on to deliver a healthy baby girl Alora after 39 hours of labor. The hospital would see two miracles within hours of each other.

Her daughter also feels her mother is a walking miracle and had this to say to CBS.

Kathy will never forget those 45 minutes of being in the unknown either. She knows what happens after death and is grateful that she got a second chance at life. Who knows if she saw the light at the end of the tunnel or saw her body float off into the unknown. What happened to her happens to one in ten patients who experience heart attacks, so it’s not uncommon to experience death and live to tell the tale.

Near-death experiences or NDE’s are sometimes believed to be more real than real. Meaning the person who had the experience had extremely vivid memories and details. Usually, those with a religious background would claim they saw heaven, and those who weren’t religious would argue that it was just a feeling of warmth or peace. Kathy is of the latter and can not stop thanking the Lord for her return.

Other near-death experiences could have a person recall meeting deceased relatives and friends, encountering supernatural beings such as angels or other entities. The feeling of euphoria, peace, and joy is unlike anything else one can experience, but don’t be quick to look for it.

Enjoy the life you have because you don’t know your odds when it comes to miracles. 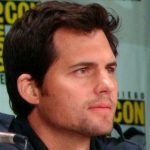