Lee Strobel, Dave Ramsey, Mike Huckabee and More Discuss ‘Nothing but the Truth’ 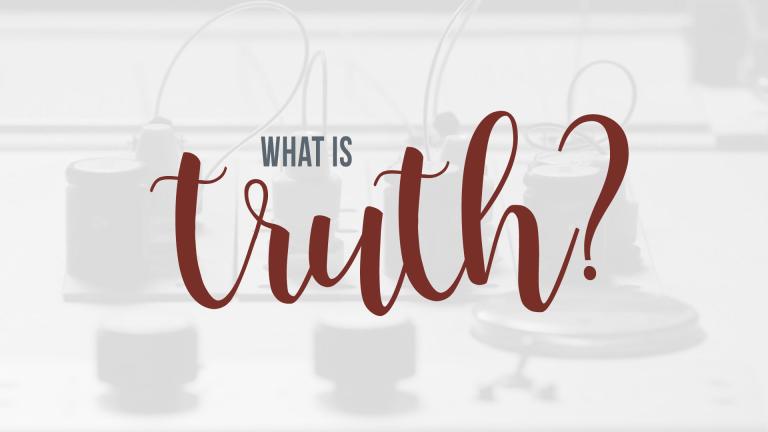 “In our world of tolerance and inclusion, the Truth is being written off quickly and forcibly,” Dr. Rogers said. “Is it possible to respond in both Truth and Love?”

Sanders, an EMMY Award-winning producer who grew up in Rogers’ church in Memphis, Tennessee, was influenced by his teachings and was inspired a few years ago to do a project that both honored his legacy and tackled a relevant topic.

“Over the last four years, I’ve been piecing it together with guys who were influenced by his ministry,” he said. “What was interesting is the longer it went, the more it became for today. It was like, ‘Man, this is more true now than it was then. So, I’m glad it’s releasing now because the timing is perfect for it.”

One of those influenced and mentored by Rogers is Johnny Hunt, the longtime former pastor of Woodstock Baptist Church and current senior vice president of Evangelism and Leadership at the North American Mission Board. Hunt calls Rogers “one of the greatest voices of the 20th century.” Beyond his teaching, however, he was more impressed with Rogers out of the pulpit. Hunt noted that Rogers was humble and approachable and was always cordial and kind to those who spoke with him.

“His preaching, as great as it was, was not what really drew me to him,” he said. “I would visit John’s Church Bellevue, and I’d be on a vacation and I would just sort of sit where I could watch him come in. And then even noticing at the end of the service, he would be one of the last to leave as long as there was a line of people, whether they were children or whatever. I observed that for 40 years, and it just so influenced me that I thought I want to treat people that way.”

Even though the project is built around and inspired by the pastor’s teachings, Sanders admitted Rogers would be displeased with the attention focused on him. So, he’s quick to point out that the project is ultimately about the truth found in the Word.

“When I talk about Adrian Rogers, it was the truth that he preached,” he said. “He would even tell you ‘Look, you don’t go with what I say he line that up with God’s word. If you think God’s Word tells you something different you follow that you don’t follow me.’ So, this was really number one, it was to get the message out there about a much-needed topic, about the truth of Jesus, the truth of the written word, then do it in a way that honored Adrian Rogers’ legacy and memory.”

Hunt added, “We viewed him as one of the great stallions of the faith. He never saw himself that way. There was such genuine, authentic humility in his life.”

The commentary in the film by modern speakers is also notable, Hunt says, because of its relevance and spectrum of influence.

“One minute, you’re listening to a theologian, and the next moment, you’re listening to a leading financer like a Dave Ramsey,” he said. “Here’s a man that a lot of people listen to but what they may not know is that the foundation of his life leads him to grace. He’s helping a lot of people get debt-free, but the principles are not his. They’re eternal. They’re absolute truth. These are principles that if you put in place, you will know the benefit of them. That’s the difference in methods and principles. That’s the difference in subjective truth and objective truth, absolute truth, the one plus one is two, not three.”

Sanders, who watched his film grow through the years and include a variety of speakers and topics, noted several captivating moments, including Dr. Tony Evans’ insightful comments on marriage, and a memorable challenge from Jennifer Rothschild.

“One segment that I love is Jennifer Rothschild’s ‘thought closet,’ about thoughts entering in your mind because that’s something I personally have had to deal with through my life,” Sanders added. “Getting the word of Scripture, and not letting things enter your mind, and refusing it entry.”

When a clear view of God’s truth is put forward, Hunt believes it “takes the pressure off” the messenger, letting God and the Holy Spirit do the defending and the convincing.

“God did not call me to be Johnny Hunt ‘the convincer,’ but Johnny Hunt ‘the truth preacher,’ he said. “When people come in on Sunday mornings, with an attitude of, ‘Bless me if you can, but I will never be convinced,’ all the pressure is off of me. All I need to do is submit to the one who called me to preach this Book, submit to the Author of this transcript, and he will do the convincing and the convicting in the lives of those who hear. I have seen thousands, tens of thousands, personally, of lives, changed.”

As his four-year journey to screen ends and the movie releases wide, Sanders says he hopes the film will not only be an encouragement for the body of Christ but perhaps even have a greater impact than he could have hoped for.

“I hope it would maybe start a spark or start a revival in the church life or really in a viewer as an individual and as a family,” he said. “That would be my two, two big prayers that God would just take this, use it how he wants to, and, then let God take it where He will.”

“Nothing but the Truth” is now available online at https://www.nbttmovie.com.

Dewayne Hamby is a communications specialist and longtime journalist covering faith-based music, entertainment, books, and the retail industry. He is the author of the book Gratitude Adjustment. Connect with him at www.dewaynehamby.com or on twitter – @dewaynehamby.

Medical Miracle: Woman Revived After Being Dead For 45 Minutes
archives most recent
More from Beliefnet and our partners
previous posts