Tavares Montgomery Williams is a former professional basketball player and a current American Professional basketball coach. Coach “Monty” Williams is not only known for his successful coaching of the Phoenix Suns in the NBA finals this year, but he’s also making an impact by speaking out about his Christian faith. In an interview, Williams stated that his faith helped him motivate his players.

“The essence of my coaching is to serve. As a believer in Christ, that’s what I’m here for. And I tell (my players) all the time, if I get on you, I’m not calling you out; I’m calling you up. You have potential, and I have to work my tail off to help you reach that potential,” The Virginia native explained in a press conference following their victory over the LA Clippers in the Western Conference Finals.

His relationship with Jesus also helped him after tragedy struck in his personal life. In 2016, William’s wife and children were involved in a car accident after a driver under the influence of methamphetamines hit their car. Their children survived, but unfortunately, his wife Ingrid passed away.

“Psalm 73:1 says God is good. 1 John 4:16 says, God is love. During times like these, it’s easy to forget that because what we’ve gone through is pretty tough, and it’s hard, and we want an answer. But we don’t always get that answer when we want it. And we can’t lose sight of the fact that God loves us,” he spoke about the scripture in his eulogy for his late wife at the funeral. “Everybody is praying for me and my family, which is right. But let us not forget that there were two people in this situation. And that family needs prayer as well. And we have no ill will towards that family. In my house, we have a sign that says, ‘As for me and my house, we will serve the Lord’ (Joshua 24:15). We cannot serve the Lord if we don’t have a heart of forgiveness.”

In an interview on CBN News, Williams explained that he will always trust God’s plan, although he wishes the accident didn’t happen.

Williams’s excellent coaching skills led the National Basketball Coaches Association to grant him the “Michael H. Goldberg Coach of the Year Award” in May 2021.

“I hold the utmost respect and admiration for the coaches in this league, so to be recognized by my peers is an incredible honor. Every coach in our league sacrifices a ton to make their teams and organizations better, so this is unbelievably humbling,” the humble coach stated after he received the award. “God knocks the ball out of the park, and I get to run the bases. It is a blessing and a privilege to coach this team, alongside this staff, for this organization — it is a ‘get to,’ not a ‘got to.’ To our players and staff, I am so grateful for each one of you. I am blessed to work with you all daily. You truly have made me a better man.” 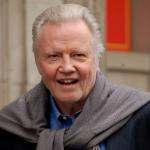