Jon Voight has been a big name in Hollywood for over 50 years. Known for his numerous movie roles and being the father of famous actress Angelina Jolie, Voight seemingly had it all. Despite decades of career successes, Voight still felt despair after his divorce and career fluctuations.

Amid his suffering, the Academy award-winner had a moment of clarity where he realized that his life had a deeper meaning. In an interview with Tucker Carlson on Fox News, Voight explained his direct encounter with the Lord. The actor said that while he was crying out “It’s so difficult” on the floor of his house, he heard a kind and clear voice speak to him, “It’s supposed to be difficult.” At that moment, Voight knew that God was with him.

He credits the “fear of the Lord” to what keeps him on the right path. Voight declared that he strives to be a vessel for God and to serve His kingdom.

“At that moment in time, I knew I’m not alone,” the movie star said. “Everything is known. I am known.”

Voight was raised by his “devout Catholic” parents, but his faith was never strong growing up. He never trusted that someone was on the receiving end of prayers. However, after hearing the voice of God, he was motivated to pursue faith in God. After that encounter, he described that he felt a burst of energy then a sense that he was supported and loved. This made him feel like he should not give up despite his circumstances and that he should live in his purpose.

“Now, I know we’re covered. Everything we think, everything we say, everything, it’s known. They say God knows every bird that falls. We all are known. We’re being observed and helped and loved,” Voight spoke in amazement in the interview. “And we’re expected to get up and do what’s right. There’s a purpose here. And the purpose here is to learn our lessons and grow. And what’s the big deal? To give to each other and to be here and be of help.”

The morning following his revelation, Voight said he asked God out loud, “What do you got for me today?”

After that, he turned on the radio and the song “I’ll Build a Stairway to Paradise” was playing. The lyrics “I’ll build a stairway to paradise with a new step every day” stood out to him. Voight stated that peculiar occurrences keep happening to him over the days to come. “I was drawn to certain things from that point on, and I’ve had many, many experiences. But that was the beginning,” he said.

“So that’s the moment you realized that God is real, knows you and is on your side. What were the implications of that?” Carlson asked.

Knowing that God was real and always with him motivated Voight to make significant changes in his life.

“I had to straighten out. If I’m going to be a vessel for God, I better be cleaner than I was. I’ve got to be a righteous fellow.” He declared. “I have a fear of the Lord. I got it. I am afraid of offending God. Because God is everything; God is love, God is all these beautiful things, beauty, everything. And how can I live up to that? I need a lot of help. I think that is the fear of the Lord. It keeps you on track.”

Voight has expressed his desire to live a Godly life and encourage others to live according to God’s will.

“Family is so important, and family is being attacked by people who are really trying to tear down the fabric of our society, it’s true,” Voight spoke in an interview about his movie “Roe v. Wade”. “I don’t want to get into any kind of conspiracy stuff, but it’s really happening. So we have to protect the values of our country and the values of family and guide the focused lives; we have to protect that aspect.”

Voight’s faith journey displays that no matter how far gone you think you are, God is always right there with you and loves you. 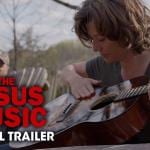