Duke University announced Wednesday that Mike Krzyzewski would retire as head coach of the Division I Men’s Basketball team after the 2021-22 season. The Naismith Hall of Fame inductee has a stellar reputation, making history by leading the team to five National Championships over 41 seasons. Since he started coaching at Duke in 1980, the well-loved coach has acquired an impressive 1,097 career wins.

“For us, there is no greater joy than being part of our players’ respective endeavors through basketball, and more importantly, their lives off the court. Our family is eternally grateful to everyone who contributed to our career for the past 46 years. So, to the countless members of our extended family, thank you very much.” Krzyzewski stated in response to the announcement.

What made Krzyzewski a fan-favorite, besides his winning streak, was being a man of faith with phenomenal character. For years Coach Krzyzewski facilitated fundraising for many Catholic charity organizations, such as Immaculate Conception Catholic Church in Durham, N.C.

Jon Scheyer has been announced as Coach Krzyzewski’s successor. The current assistant coach who played for Krzyzewski from 2006 to 2010 will shadow the head coach as “coach in waiting” for the remainder of the 2021-22 season.

“Duke University has been a central part of my life for more than a decade, and I could not ask for a better place to continue my career,” Scheyer spoke fondly of the retiring head coach. “This is absolutely humbling. First, I offer extreme gratitude to the greatest coach of all time whose career is unrivaled in basketball. Coach K has built the premier program in our sport thanks to his unwavering competitive edge, a tireless attention to detail, a family-first approach and a remarkable compassion and care of his players, coaches, and staff. He has set a standard that every coach at every level should strive to achieve.”

Krzyzewski’s legacy of passion and determination are big shoes to fill. However, many believe that Scheyer is the perfect pick to continue his legacy.

“Cutting to the chase, Mike Krzyzewski is simply impossible to replace,” Duke’s incoming athletic director Kevin White said. “That said, Jon Scheyer is without a doubt the absolute perfect leader to assume this ‘high wire’ challenge. Jon truly embodies all the characteristics of a strong and determined leader, for he is highly empathetic, unequivocally task-oriented, instinctively adaptable, flexible and situational, and roughly ‘six standard deviations’ beyond passionate, especially relative to the tremendous aspirations of Duke’s student-athletes. Furthermore, Jon fully understands all the immediate (evolving) challenges facing college athletics, and specifically college basketball.”

A press conference for Coach Krzyzewski is scheduled for Thursday at 11:30 a.m. ET. 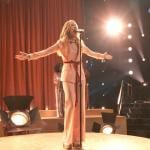