The newly released Sony Pictures Classic “12 Mighty Orphans” is sure to inspire and touch the hearts of many.

The moving story is inspired by the true events that took place during the Great Depression. “12 Mighty Orphans” shows the real journey of a football team from a Fort Worth orphanage who called themselves the Mighty Mites. The teammates went from practicing without cleats or even a football to playing in the Texas state championships. As these underdogs rose to the top of the scoring leaderboard, so did their notoriety. The team’s success and tenacious spirit became a beacon of hope in a time when hope was depleted for many during the Great Depression. The Mighty Mites’ winning streak won over the hearts of those in Fort Worth, the state of Texas, and the entire country, even getting admiration from President Franklin D. Roosevelt. The remarkable team was led by Rusty Russel, an esteemed coach at a privileged high school. The Texas native left his colleagues astounded when he left his favored position at the high school to teach and coach at the Masonic Home orphanage in Fort Worth. Little did everyone know, Rusty was an orphan himself. After Coach Russel concluded that the Mighty Mites team wouldn’t win on brawn stature, he generated fresh and ingenious game strategies that would transform the entire sport of football that we know today.

“There’s a selflessness in Rusty that was one of my great inspirations in wanting to share his story,” director Ty Roberts explained. “Before Rusty and Juanita arrived at the orphanage, it was almost like a labor camp. Afterward, it became a caring, warm, and loving institution that changed lives in a positive way. They really inspired their kids to be driven by knowledge.”

The Mighty Mites’ story of resilience and heart during a period of devastation is a message that is much needed, especially in these unprecedented times.

The phenomenal motion picture, directed by Ty Roberts, has been selected for the Tribeca Film Festival. Being a Texas native himself, “12 Mighty Orphans” was the perfect fit for Roberts’ second feature film. Director Ty Roberts, producer Houston Hill, and actor-writer Lane Garrison have worked together previously on the 2018 independent film “The Iron Orchard,” another 1930’s period movie set in Texas. These extraordinarily talented trio members are from Texas, played football, and currently still reside in Texas. Their shared Texas football experiences add a refreshing element of authenticity to the film.

You can view a sneak peek of the film in the trailer. 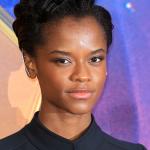 Letitia Wright: How Faith Rescued Her From a ‘Very Dark Place’
archives most recent
More from Beliefnet and our partners
previous posts