The pop superstar nearly destroyed his life but is now married and focused on getting his life back on track one step at a time.

Justin Bieber has had a wild ride so far in life. He was discovered by American record executive Scooter Braun when he was just 13 years old. He was signed the following year to RBMG Records and skyrocketed to fame and fortune with his debut EP My World.

Justin would soon be consumed in a world of chaos as his new fortune would come to a lot of trouble and controversy. The 27-year-old pop star recently talked to GQ about that journey from wild child to doting husband and man of faith.

At the height of his career, he experimented with drugs and it quickly spiraled out of control. His bodyguards would check his pulse at night just to make sure he was still alive. It started with marijuana use at 12 or 13 and grew to alcohol, lean back sizzurp (a concoction of cough syrup, soda, and hard candy, taking pills, MDMA, and even mushrooms. Bieber said he wanted to get sober after he felt like he was dying. “I was doing too much, and it was time to change.”

“You wake up one day and…you’re unhappy and you have all this success in the world, but you’re just like: Well, what is this worth if I’m still feeling empty inside?”

He also discussed his relationship with his wife Hailey Baldwin saying this:

“I have a wife who I adore, who I feel comforted by. I feel safe. I feel like my relationship with God is wonderful. And I have this outpouring of love that I want to be able to share with people, you know?” Bieber told journalist Zach Baron.

Hailey’s father Stephen Baldwin introduced the pair back in 2009 backstage after an appearance on The Today Show. They became good friends and would stay in touch over the years but eventually started dating in 2016. They had bumped into each other at a church conference in Miami. Both Hailey and Justin have always been vocal about the importance of their Christian faith.

When Justin was asked about how he got from bad boy to the current reformed man he is today he had this to say in response:

“Hurt people hurt people—you know? And there’s a quote; I’m trying to remember it. I don’t know if it’s biblical, if it’s in the Bible. But I do remember this quote: The comforted become the comforters. I don’t know if you’ve heard that before. But I really do feel comforted. I have a wife who I adore, who I feel comforted by. I feel safe. I feel like my relationship with God is wonderful. And I have this outpouring of love that I want to be able to share with people, you know?”

The Canadian superstar is aware of the public’s perception of him. He also hopes that people can ultimately change their opinion as he has grown over the years and similar to a snake shedding its skin, he has shed his wild ways.

“I don’t want to let the shame of my past dictate what I’m able to do now for people,” Bieber says. “A lot of people let their past weigh them down, and they never do what they want to do because they think that they’re not good enough. But I’m just like: ‘I did a bunch of stupid sh**. That’s okay. I’m still available. I’m still available to help. And I’m still worthy of helping.”

Justin credits his faith and his marriage as the keys to bringing him back to a grounded life. His home life had always been unstable, and he dreamed of having a family and eating dinner together. He felt that he was always destined to be married and have kids. While he and Hailey do not currently have any children, he said it will be Hailey’s choice when they do and he’s very excited.

His marriage to Hailey was no walk in the park and he was open about struggling in his first year as a husband.

“The first year of marriage was really tough,” he says, “because there was a lot, going back to the trauma stuff. There was just lack of trust. There was all these things that you don’t want to admit to the person that you’re with, because it’s scary. You don’t want to scare them off by saying, ‘I’m scared.”

When GQ asked Justin’s good friend Chance The Rapper why they were so happy in the music industry that is known for tearing people down, Chance responded with:

Justin’s devotion to his faith and God should be admired. When he spoke of God he said:

“Every time we mess up, He’s picking us back up every single time. That’s how I view it. And so it’s like, ‘I made a mistake. I won’t dwell in it. I don’t sit in shame. But it actually makes me want to do better.”

“God, if you’re real, I need you to help me, because I can’t do this on my own. Like, I’m struggling so hard. Every decision I make is out of my own selfish ego.’ So I’m just like, ‘What is it that you want from me? You put all these desires in my heart for me to sing and perform and to make music—where are these coming from? Why is this in my heart? What do you want me to do with it? What’s the point? What is the point of everything? What is the point of me being on this planet?”

After gaining clarity from the man above, Justin started embracing all the mundane aspects of life to become a better man and husband to Hailey. She is his top priority and even talked about refusing to work after 6 pm so he could spend time with his wife. He attempted to go to the studio one day after 5:30 to finish his latest album Justice, but Hailey stopped him in his tracks. She keeps him grounded and reminds him that life isn’t about what you do, it’s about who you are and enjoying every little moment that you can.

It’s admirable to watch this young man attribute his transformation to God and we will certainly be cheering him on as he continues to be a dominant force in global entertainment. 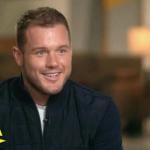 Former ‘Bachelor’ Star Says He’s Gay, Coming Out Has Made Him Closer to God
archives most recent
More from Beliefnet and our partners
previous posts