Colton Underwood once prayed God would “take the gay away” as he struggled to come to terms with his sexuality. Now his relationship with God is closer than ever.

“I can now wake up and pray to God, and I can have faith, and I can go into church and be present and not have it be conditional on this topic of, ‘Take this off my plate, and I’ll still worship you, and I’ll still be there.”…That’s helped, to be honest with you.”

Underwood, who identifies as Catholic, told Roberts he came to terms with his sexuality earlier this year. He’s been “processing” it and is the “happiest and healthiest he has ever been” in his life.

He knew it was time for him to come out and speak his truth.

“I got into a place for me in my personal life that was dark and bad, and I can list a bunch of different things, but they’d be excuses,” Underwood said. “I think, overall, the reason now is because I got to a place where I didn’t think I was ever going to share this. I would’ve rather died than say, ‘I’m gay,’ and I think that was sort of my wake-up call.”

Now that he’s come out to his friends and family, his relationship with God has become much stronger.

“I got closer to God this year,” he said. “I know even saying that now as a gay man, people are going to be like, ‘How is that even possible?’”

The former “Bachelor” star made headlines in 2019 for being a virgin when he first appeared on the show. He dated the series contestant Cassie Randolph from March 2019 until May 2020 before the pair broke up.

Underwood says he’s apologized to Randolph about the ways things ended admitting he made “a lot of bad choices.”

He told the GMA host that he was in love with Randolph, which “only made it harder and more confusing” for him.

“If I’m being very honest,” Underwood said. “I loved everything about her. And it’s hard for me to articulate exactly what my emotions were going through that relationship with her because I obviously had an internal fight going on.”

The producers of “The Bachelor” franchise say they are inspired by Underwood’s courage to embrace his authentic self. They added, “As firm believers in the power of love, we celebrate Colton’s journey in the LGBTQUIA+ community every step of the way.”

You can watch the GMA interview in the video below. 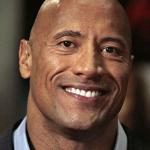 Dwayne 'The Rock' Johnson: The Peoples President
archives most recent
More from Beliefnet and our partners
previous posts