The Washington Quarterback announced via Instagram this week he has officially retired.

Alex was officially released from Washington in March of this year after having a meeting with head coach Ron Rivera.

Thank you for everything, Alex. pic.twitter.com/LNtfZI7h6i

It seems that Alex knew then he was ready to call his career as Ron had this to say:

“I had a chance to meet with Alex Smith this week and we had a very honest and real discussion, We had the chance to reflect on the 2020 season and talk about moving forward into next year. After the conclusion of that meeting, we decided that it would be best for both parties to move on and we will be granting Alex his request to be released. I want to thank Alex for his contributions this past year. He made such an impact on our young roster and his leadership was one of the key factors in our late-season success and in making the playoffs for the first time since 2015. Everyone here in Washington wishes Alex and his family the best going forward and appreciates all that he gave to our organization.”

After attending the University of Utah, Smith was the number one draft pick in 2005 and went on to have a successful career in the NFL. He played for San Francisco from 2005-2012, then was traded to Kansas City in 2013 where he stayed until 2017. He finished his career with Washington playing in 2018 and 2020.

The veteran quarterback gave the football world quite a shock in 2020 when he returned to the playing field after an overwhelming leg injury. He was injured in 2018 and was unsure of his future with the sport then.

“Two years ago I was stuck in a wheelchair, staring down at my mangled leg, wondering if I would ever be able to go on a walk again or play with my kids in the yard,” Smith said. “On a routine play, I almost lost everything. But football wouldn’t let me give up. Because, no, this isn’t just a game. It’s not just what happens between those white lines on a Sunday afternoon. It’s about the challenges and the commitment they require. It’s about how hard and how far you can push yourself. It’s about the bond between those 53 guys in the locker room and everybody else in the organization. It’s about fully committing yourself to something bigger.”

Now Smith is looking forward to spending more time with his family and watching his beloved sport from the comfort of his living room. It’s possible we see Smith with the NFL in the future, not as a player but as a commentator like many other athletes who have made the transition. 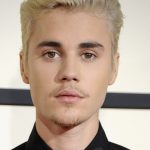