‘We Are in a Fight for the Soul of Our Nation’: Gov. Kristi Noem Blasts Lil Nas X’s ‘Satan Shoes’ Sparking Twitter Feud

The ‘Old Town Road’ rapper sparked major controversy when he released his “Satan Shoes” on Palm Sunday, along with his new music video, “Montero (Call Me By Your Name),” which shows Lil Nas X dancing explicitly with the devil.

The 21-year-old rapper announced the collaboration with the company MSCHF, a Brooklyn-based streetwear brand. The limited-release red and black sneakers purportedly contain one drop of human blood. They also include a pentagram, along with the verse reference “Luke 10:18” which speaks to satan’s fall from heaven. The production made 666 pairs of the sneaker and sold them for $1,018 each.

Nike hurriedly distanced itself from Lil Nas X’s “Satan Shoes,” saying they had nothing to do with the rapper’s sneakers. While MSCHF used Nike Air Max ‘97s to create the shoe, Nike was not involved in the project.

South Dakota Gov. Kristi Noem was among the many Christians outraged by the vulgar music video and shoe release and trolled by the rapper.

Noem tweeted, “Our kids are being told that this kind of product is, not only okay, it’s ‘exclusive.’ But do you know what’s more exclusive? Their God-given eternal soul. We are in a fight for the soul of our nation. We need to fight hard. And we need to fight smart. We have to win.”

Lil Nas X responded to the governor, tweeting, “ur a whole governor and u on here tweeting about some shoes. Do ur job!” Noem replied, “What good will it be for someone to gain the whole world yet forfeits their soul? Matthew 16:26.”

Defenders of the song say it’s artistic expression and of his sexual identity. Lil Nas X made history as the first openly gay black artist to win a CMA Award. Others feel like he has taken it too far with the satan imagery.

Lil Nas X is unapologetic about the video and shoe release. He responded to the uproar on social media about the shoes by posting a video on YouTube called “Lil Nas X Apologizes for Satan Shoe,” which ended up being a video cut of him dancing provocatively with Satan. It doesn’t appear the rapper’s trolling will end anytime soon.

Learn more about the controversy behind Lil Nas X’s ‘Satan Shoes” in the video below. 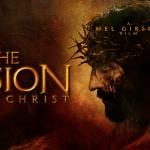