KC Chiefs’ Owner: ‘The Lord Has Blessed Our Family in so Many Ways’

With a dominating 38-24 victory over Buffalo in January (The AFC championship game), the Chiefs are headed to Tampa to take on the NFC-champion Tampa Bay Buccaneers in Super Bowl LV on Feb. 7. It will mark the first time in NFL history that a team will compete in a Super Bowl on its home field, but the defending-champion Chiefs are the favorites.

When accepting the AFC Championship trophy named after his father Lamar Hunt after Sunday night’s game, Clark Hunt on national television gave recognition to his team, their fans, his late father who founded the AFL and the Chiefs, and to God.

“I’m so honored to accept this trophy on behalf of this incredible team, and the best fans in the National Football League,” Clark said Sunday night. “The Lord has blessed our family in so many ways. Coach (Andy) Reid, what a game today. Great job today. My dad would love the grit and determination of this team.”

Clark has been outspoken for years about his faith in Christ. After receiving the AFC trophy last year he said “I want to thank the Lord for blessing us with this opportunity. The glory belongs to Him.”

Similar statements were made after winning the Super Bowl in 2020. Clark said, “I want to thank the Lord for blessing our family with all these incredible people who have helped us bring this championship home.” 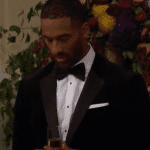 'The Bachelor' Matt James is a Man of Faith, Opens Show With Prayer and Scripture
archives most recent
More from Beliefnet and our partners
previous posts