Ja Morant, a point guard for the Memphis Grizzlies, posted a powerful message about faith in God following a major ankle injury.

“Every setback is a setup for a comeback. God wants to bring you out better than you were before,” Morant wrote in a tweet.

Morant was trying to block Nets forward Timothe Luwawu-Caborrot from making a shot when he landed on his foot. His injury was quickly made clear as the point guard hobbled to the bench.

Following this, a staffer brought over a wheelchair. The 6-foot-3 point guard was then taken to the locker room. After being examined, it was ruled that he was unable to play for the remainder of the game.

Despite the injury, the Memphis Grizzlies still succeeded in an overtime win of 116-111 over the Brooklyn Nets.

“So tough to see Ja go down,” Memphis coach Taylor Jenkins said. “I know he’s going to bounce back and be fine. We’ll have more updates as we’re going through, but, so far, so good.”

Watch the moment unfold in the video below. 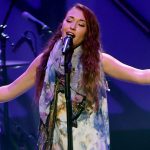