Will Smith: “Do Not Elect People Who Do Not Have God in Their Hearts”

In an interview with CNN political commentator Angela Rye, Will Smith shared how he believes that God and love have an important influence on impacting the conversation on race in America.

The interview marked the first time that Smith has spoken publically since the death of George Floyd, which sparked protests across the nation against police brutality. Smith said that during this time he studied the topic of racial injustice to understand what he, as a Black man, and his children should do and say.

“Rage is justified under oppression. It also can be really dangerous and what I loved about the peaceful protests, it’s like peaceful protests, put up a mirror to the demonic imagery of your oppressor,” Smith said with conviction. “So I was really encouraged by how powerfully this generation was able to hold that mirror.”

The actor shared some of his personal experiences with racism in his hometown of Philadelphia as well as Hollywood. Smith said that throughout his travels he sees that there is one constant flaw in all of humanity, the tread of wickedness.

“The problem is in the hearts and minds of people. So it demands that our attention begin on our hearts and minds as a country. I would hope that a part of what we’re learning right now is the destructive aspects of loveless, godless leadership,” he added.

“As a country, I would hope that a part of what we’re learning right now is the destructive aspects of loveless, godless leadership,” he reiterated. “Do not elect people that don’t have God and love, in their hearts.”

To conclude the interview, Smith said that he hopes that America can begin to heal during this “painful, transformative time”. 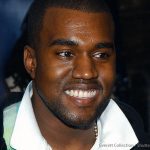 Kanye West Announces Candidacy For President: "It's God's Country"
archives most recent
More from Beliefnet and our partners
previous posts