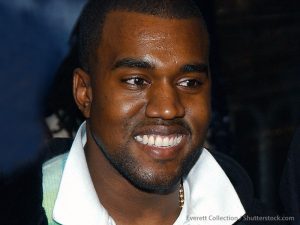 Popular music mogul Kanye West announced this week that God instructed him to run for president in 2020. He called Michelle Tidball, a preacher from Wyoming, as his running mate.

In West’s post, he called for incumbent Donald Trump and his Democratic rival Joe Biden to end their race.

“For the other candidates, I just gracefully suggest y’all bow out — Trump and Biden, gracefully bow out. It’s God’s country, we are doing everything in service to God, nobody but God no more. I am in service of our Lord and savior, Jesus Christ, and I put everything I get on the line to serve God,” West said in an interview with Forbes about his current campaign for the White House billed “Kanye West YES.”

West, who supported Trump previously, believes his presidency now “looks like one big mess to me.” West once said that Trump was “the closest president we’ve had in years to allowing God to still be part of the conversation.”

West also slammed Biden, particularly for his controversial statement telling radio host Charlamagne Tha God of the popular “The Breakfast Club” that is he struggled to vote for him, that meant he “ain’t black”.

“I’m not saying Trump’s in my way, he may be a part of my way. And Joe Biden? Like come on man, please. You know? Obama’s special. Trump’s special. We say Kanye West is special. America needs special people that lead. Bill Clinton? Special. Joe Biden’s not special,” West said.

While not going further into the issues, West did say he support prayer in schools, and leadership that embraces science and respect for the environment.

“Reinstate in God’s state, in God’s country, the fear and love of God in all schools and organizations and you chill the fear and love of everything else, so that was a plan by the Devil to have our kids committing suicide at an all-time high by removing God to have murders in Chicago at an all-time high because the human beings working for the Devil removed God and prayer from the schools. That means more drugs, more murders, more suicide,” West said.

Thanks to God, he said, his mission is now clear.

“God just gave me the clarity and said it’s time. You know I was out there, ended up in the hospital, people were calling me crazy. I’m not crazy. Between all of the influences and the positions that we can be put in as musicians — you go on tour, you put out all these albums, and you look up and you don’t have any money in your account. It can drive you crazy, through all of that I was looking crazy because it wasn’t the time. Now it’s time. And we’re not going crazy, we’re going Yeezy, it’s a whole ‘notha level now. N-O-T-H-A,” he said.

West famously first announced his intention to run for president on Twitter on July 4, declaring: “We must now realize the promise of America by trusting God, unifying our vision and building our future. I am running for president of the United States! #2020VISION.”

Denzel Washington on Coming to Christ: ‘I Was Filled With the Holy Ghost and it Scared Me’
archives most recent
More from Beliefnet and our partners
previous posts