Are you meant to be “one nation under God?” What does that even mean? What is the relationship between Christianity and America? These are all the questions, and many more, that the new documentary, “J.E.S.U.S.A”, is striving to answer.

From the documentary website, the creators say “J.E.S.U.S.A. is an in-depth exploration of the relationship between Christianity and American nationalism and the violence that can often emerge from it. Far from a new phenomenon, this documentary traces the co-opting of Christianity by the state all the way back to when the Christian faith became the official religion of the Roman Empire.”

The team interviews a wide range of scholars, pastors, historians, activists and more to discuss how interpretations of Bible verses have been twisted, possibly leading to many Christians confusing their devotion to the Lord with a devotion to their country. The film discusses how Jesus’ teachings wanted to empower us to be purveyors of peace, rather than enablers of conflict and violence. Where did we lose some of those long-held Christian teachings?

Jacob Sahms of Dove.org says that director Kevin Miller “pulls off a narrative miracle” with this documentary. It’s not one to miss. Watch the full trailer below, and then rent the full documentary here. 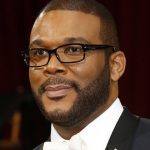