In the 12-count indictment filed with the US District Court of Northern Georgia, the Chrisleys are accused of bank fraud, conspiracy to commit bank fraud, wire fraud conspiracy and tax evasion. Their accountant, Peter Tarantino, is also accused of conspiracy to defraud the United States and two counts of aiding the filing of a false tax return.

The Chrisely’s lawyers said the allegations stemmed from false allegations made by a former employee. The judge agreed to release them on $100,000 unsecured bond, which means they don’t have to pay anything unless they fail to show up for court dates.

“We’re going to fight it and we’re going to win it,” the Chrisleys’ lawyer said. “They are innocent of every single charge.”

In a statement on Instagram, Todd denied the charges.

“It all started back in 2012, when we discovered that a trusted employee of ours had been stealing from us big time,” he wrote, claiming this person created “phony documents” and forged their signatures. The employee was fired and according to Todd, “took his phony documents to the U.S. Attorney’s office and told them we had committed all kinds of financial crimes, like tax evasion and bank fraud.”

“I’m telling you all this now because we have nothing to hide and have done nothing to be ashamed of. Not only do we know we’ve done nothing wrong, but we’ve got a ton of hard evidence and a bunch of corroborating witnesses that proves it,” he continued. “Anyway, when all is said and done we trust in God…” 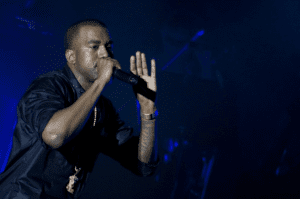