Kanye West’s Sunday Service at Coachella generated a lot of buzz over the weekend but not all of it had to do with the service itself.

West recently launched some new merchandise on Easter Sunday, including two pairs of socks for $50 which left a lot of Twitter users not only baffled, but also offended.

Many people expressed their outrage over the price of the socks. Initially, many thought that one pair of socks were going for $50 a pair. However, the website shows that you actually receive two pairs for $50.

Not sure that makes the price point any better.

The socks for sale are labeled “Church Socks” and “Jesus Walks” which was also the name of the title he released as the forth single from his debut album “The College Dropout.”

If you bought these $50 Jesus socks from Kanye I’m just going to assume you also got scammed at Fyre Fest. pic.twitter.com/QvbTxWRyrY

Another reason many users were upset was the fact that he was selling this merchandise on Easter Sunday.

Another user wrote, “pure greed! I went to Sunday mass today and nowhere did I find my church selling t-shirts and socks…this is disgusting!! It actually makes me sick!!! Great job Coachella!”

pure greed! I went to Sunday mass today and nowhere did I find my church selling t-shirt and socks (unless they’re donating the money) this is disgusting!! It actually makes me sick!!! 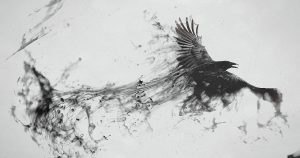 “Night Gathers, and Now My Watch Begins:” The Final Survivors of the Night’s Watch Prepare For Battle
archives most recent
More from Beliefnet and our partners
previous posts