“Night Gathers, and Now My Watch Begins:” The Final Survivors of the Night’s Watch Prepare For Battle

“Night gathers, and now my watch begins,” so states the first line of the Night’s Watch vows. Though they are not a house as is traditionally conceived of in “Game of Thrones,” members of the Night’s Watch share a common bond and fierce loyalty like any of the noble houses. Commonly called “crows” for their all-black clothing, they were the only ones to have the slightest idea about the real danger that was descending on Westeros from the wilderness north of the Wall for the better part of seven seasons. At the end of season seven, the Wall the Night’s Watch had spent over 8,000 years guarding was finally shattered by the Night King. The few surviving members were recalled to Winterfell where those aware of the threat planned to make their final stand.

The Night’s Watch made up a significant portion of the cast’s supporting characters in the early seasons. Jon Snow was the most notable member, but he was joined by the likes of Eddison Tollett, Samwell Tarly, Maester Aemon, Benjen Stark, Olly, Pypar, Yoren, Jeor Mormont and Allister Thorne. Of the many named characters, only Eddison Tollett and Samwell Tarly remain as brothers of the Night’s Watch. Jon was released from his vows following his assassination and subsequent resurrection. The others were all killed in a variety of skirmishes with mutineers, Wildlings, wights and White Walkers.

The first two seasons of “Game of Thrones” show the Night’s Watch dealing with what have been their normal problems for some time. They are short on recruits and supplies as they are viewed condescendingly by most of Westeros. Joining the Watch was once considered to be an honorable profession, but it has increasingly become the refuge of criminals who seek asylum at the Wall. According to the laws of Westeros, any man who joins the Night’s Watch is given a clean slate and will not be prosecuted for their former crimes. Most of the Night’s Watch is worried about the number of recruits and supplies, but the only active enemies they tend to deal with are disorganized Wildling raids. There are, however, hints of something more dangerous lurking beyond the Wall.

In season three, the Watch comes face to face with the White Walkers for the first time. The Watch is overwhelmed, and many of the survivors mutiny in the aftermath. Simultaneously, the Wildlings have banded together to attack the Wall in an organized assault in a desperate attempt to reach Westeros, the only area currently safe from the White Walker’s advance. The Wildlings are fended off, but in season five, Jon Snow is elected Lord Commander of the Night’s Watch, and he allows them to enter Westeros. The Night’s Watch’s famous vows state that members of the watch act as “the sword in the darkness…the watcher on the walls…the shield that guards the realms of men.” Jon interprets this to view the Wildlings, many of whom are women and children, as also being worthy of the Night’s Watch’s protection.

This decision gets Jon killed at the end of season five, but he is resurrected in season six. As he has “died at his post,” Jon’s “watch is ended.” He is free of the vows of the Night’s Watch, but he intends to continue supporting them in their battle against the Night King. Jon leaves Eddison Tollett in charge of the Wall. Tollett is on duty when the Night King finally breaches the Wall at the end of season seven.

Season eight sees the Night’s Watch greatly diminished, but their dedication to their purpose is greater than ever. The vows of the Night’s Watch read, “Night gathers, and now my watch begins. It shall not end until my death. I shall take no wife, hold no lands, father no children. I shall wear no crowns and win no glory. I shall live and die at my post. I am the sword in the darkness. I am the watcher on the walls. I am the shield that guards the realms of men. I pledge my life and honor to the Night’s Watch, for this night and all the nights to come.”

Neither Jon nor Sam have been terribly faithful to the vows to avoid attachment or crowns. Both Jon and Sam have a single female lover, and Sam is helping his lover, Gilly, raise her son. Jon, meanwhile, was crowned King in the North. Sam, Jon and Eddison, however, have all stayed fiercely faithful to their vows to defend mankind from the darkness. Each has faced the White Walkers and their undead wights. With the Night King’s army at Winterfell’s doorstep, the three surviving members of the Night’s Watch are preparing, once again, to risk their lives in defense of mankind. They may not be the most experienced members of the Night’s Watch, but no one can doubt their dedication to the portion of their vows that matter most. 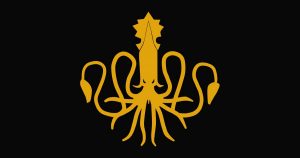 “What is Dead May Never Die:” House Greyjoy Survives “Game of Thrones” Season 8
archives most recent
More from Beliefnet and our partners
previous posts