‘A Wrinkle in Time’ Cast is Getting Turned into Barbie Dolls

It was announced this week that the trio of female stars from Disney’s fantasy movie, “A Wrinkle in Time” will be transformed into Barbie dolls.

Oprah Winfrey (Mrs. Which), Reese Witherspoon (Mrs. Whatsit) and Mindy Kaling (Mrs. Who) will all get the Barbie treatment. They will be released before the movie, and are listed “for the adult collector” at $50 each.

Ava DuVernay, who directs the film, is a big fan of the brand. Back in 2015, DuVernay herself was transformed into a Barbie doll as a part of Mattel company’s “Shero” campaign, which honored real-life women and their accomplishments in entertainment.

DuVernay excitedly shared the news out on her Twitter account. She noted how she never was able to see such a diverse representation of powerful women in her Barbies as a child.

When Disney makes Barbies of your movie’s characters and you just want to stare at them all day in disbelief because you loved Barbies as a girl but never had any like these. #WrinkleinTime pic.twitter.com/7PzQsiNoyG

Aside from all the excitement about their characters being turned into dolls, it’s also extraordinary the women who are portraying the characters. All three women have been prominent voices for women’s rights in the past few months, and joined forces to help create and enforce Time’s Up movement. 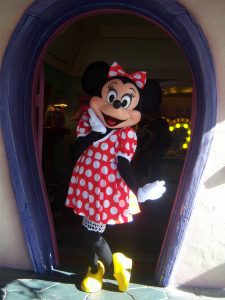