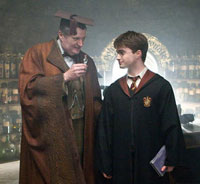 It seems no one is truly impervious to the Chosen One from Hogwart’s spell after all. Although the Vatican has thoroughly denounced the” Harry Potter” series in the past (as recently as last year), the Vatican newspaper recently announced that everyone’s favorite wizard now has the Vatican seal of approval for the latest film adaptation, “Harry Potter and the Half Blood Prince.”
L’Osservatore Romano praised the film , which opens today, for its treatment of good and evil and also commended the way it handles teen romance. It’s all a far cry from what the newspaper uttered last year, saying that the “Harry Potter” series portrayed “witchcraft as positive, the violent manipulation of things and people thanks to the knowledge of the occult, an advantage of a select few…”

Of course, the debate about “Harry Potter” has been swirling around the Vatican since Pope Benedict XVI was ordained and it was announced that the Pope was no fan of the series.
So why the sudden flip-flop? Is it a compromise? Can the Vatican endorse one movie but still spiritually damn the series as a whole? And, is it just me, or has the “Potter” debate really waned in the evangelical community while it remains alive and well in the Catholic Church–or at least at the highest level of the Catholic Church?
Tell me what you think before you head off to see Half Blood Prince” tonight!
Related Features 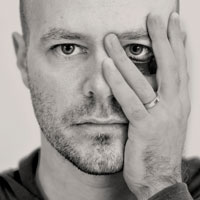 Hostage to Nobody: Derek Webb's 'Stockholm Syndrome'
archives most recent
More from Beliefnet and our partners
previous posts