‘Hot Fuzz’: My DVD Pick Of The Week

Many a fellow film critic has looked at me in shock and dismay when they discover that I have never seen the cult comedy/ horror spoof “Shaun of the Dead.” So when the creative team behind that movie released their latest flick, “Hot Fuzz,” earlier this year, I decided I had better take notice. I’m glad I did, because “Hot Fuzz” lampoons a genre of film I don’t usually care for–the whole procedural crime drama/buddy cop adventure genre–and does so with sly British wit and spot-on detail.
It’s the kind of harmless, lighthearted diversion just perfect for summertime viewing, and that makes “Hot Fuzz” my DVD pick for this week.
“Hot Fuzz” centers around an overly-conscientious, do-goody police officer aptly named Nicholas Angel, who is sent packing from his post in London because he is solving too many crimes and making the other officers look incompetent. He is given a new post in a quaint village where nothing much of consequence ever happens. Of course, that doesn’t stop Angel from seeing conspiracy plots and foul play at every turn.

But could it be that Angel is right and the “accidents” that have been happening lately around town really mean something is afoot? Well, as the story unfolds, it seems only Angel’s hapless sidekick Danny Butterman knows for sure.
While I love the clever one-liners, dead-pan close-ups, and satirical plot twists, I admit there is one thing that does baffle me about this movie. I don’t understand exactly why “Hot Fuzz” received an “R” rating: There is a little bit of profanity and some cartoonish violence in a few spots, but that’s about it for objectionable content. So if you don’t consider those things to be exactly criminal, then I’ll bet you’ll love “Hot Fuzz” 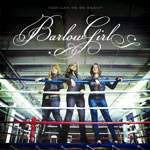 BarlowGirl: Spiritual Songs with Purpose
archives most recent
More from Beliefnet and our partners
previous posts