How Do You Find Your Own Brand of Bravery?

I know a woman who spent two years becoming an EMT in the Fire Department.

I paraphrase our conversation, but essentially I told her I thought she was a bada** (you can fill in the blanks) for having the courage to go for it. I was impressed with her strength.

Her response caught me off guard. 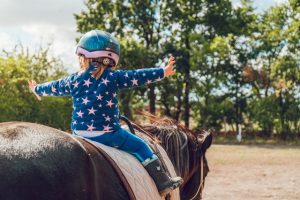 And again I paraphrase…

“No different than what you have done,” she says.

“Your writing,” she says. “You are brave enough to share an intimate glimpse of your world.  Most could never do that.”

I laugh because to me she has now joined the ranks of superheroes.

People who care enough to rescue and aid the common man –  even at their own risk.

This led to a more in-depth conversation – again paraphrased.

I asked if this was something she had always wanted to do and she responded with a yes. However, while the medical field had always intrigued her she had gone to college for journalism. She told me she never had what she felt was the type of bravery to write so openly.

I could clearly see the irony.

One of us from a first responder family and one with a journalism degree.

Both identifying bravery in one another.

It’s not the first time I have been called brave.

People will tell me they admire the strength it takes to share openly and honestly.

Yet, this was the first time it struck me as my own personal truth.

Perhaps, because I have long admired my family of first responders.

And more importantly, because I felt I never possessed the same degree of bravery. I couldn’t imagine facing life and death every day and picking yourself up to do it again tomorrow.

In fact, almost as many times as I have been called brave, others question why I share.

It is a reference to an implied embarrassment.

Writers don’t turn to pen and paper nor keyboard strictly for themselves.

They share to help the divorcing, the caregiver, the new mother, the breast cancer survivor or the grief-stricken.

A few years ago I lost my beautiful friend and New York Times Best Selling author, Jan King. In the months after, I pounded the keys of my computer to try and capture her best I could.

She listened to life.

She spoke to love.

She felt the underbelly of humanity.

The humor in the frailty.

And we understood her because she showed us who she was in all her glorious entirety.

We all possess bravery.

It simply manifests itself in different ways.

We can fear it because it’s difficult and takes strength.

We can fear it because others may question why we would take such risks.

Or we can embrace our inner fearlessness.

We can find our own particular brand of bravery.

Because in it, lies what we are most called to do.